Are you pondering what I'm pondering?

The surprising line of last night’s state of the union wasn’t the “[gonna have to face it, we’re] addicted to oil” bit, it was this:

Tonight I ask you to pass legislation to prohibit the most egregious abuses of medical research:  human cloning in all its forms, creating or implanting embryos for experiments, creating human-animal hybrids, and buying, selling, or patenting human embryos.

Our president is so deep it’s often difficult to follow his train of thought, but I like to think he gave that portion of the speech with this in mind. 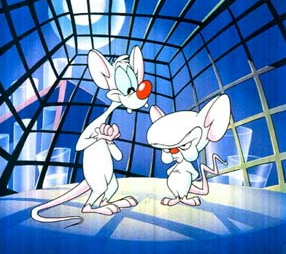