Testimony in the Libby trial is giving us some insight into the workings of the administration and the press. It makes me wonder if, in the middle of all the leaking and posturing and positioning, the people who got us into this war ever gave a second thought to the men and women who were going to be fighting it. And do they think of them now?

According to the figures at icasualties.org, 84 U.S. troops were killed in Iraq last month—down, thankfully, from the terrible month of December, but still very high. And the “surge” hasn’t really started yet. 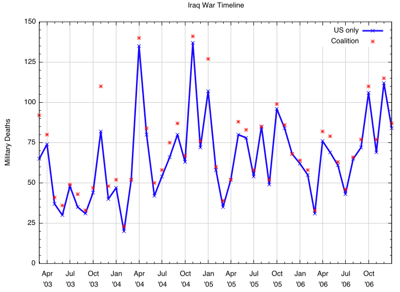