Close on the heels of my finding the iPhone calculator’s pi bug comes a Daring Fireball post with a heads up about a new version of PCalc for the iPhone.

I’ve known about PCalc for the Mac for some time, but have never been interested in it because:

It’s the second problem that made me shy away from PCalc on the iPhone. Apple’s builtin calculator is really good looking and has a nice legible font for the display: 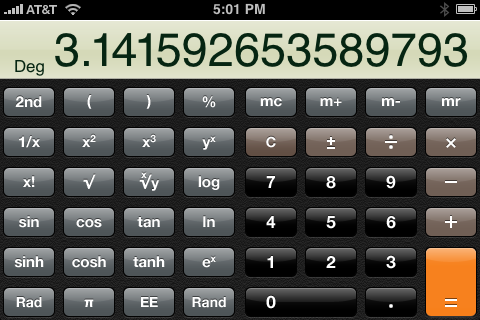 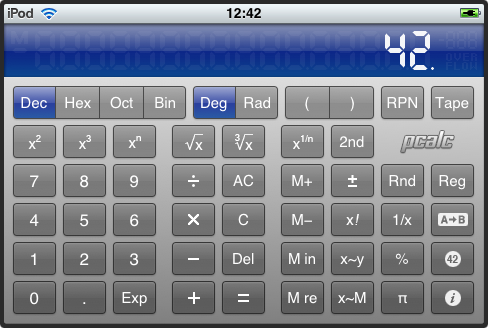 Dull buttons with no colors to distinguish key groups and a display with a too-cute segmented LCD font. Calculator manufacturers were forced to use ugly fonts like that; there’s no reason for a high resolution computer display to use them. And the less said about the color choice in the display, the better.

But I decided to put some trust in Gruber, who calls PCalc his favorite App Store app. I followed his link and made my way to the PCalc screenshots, where I found this configuration screen: 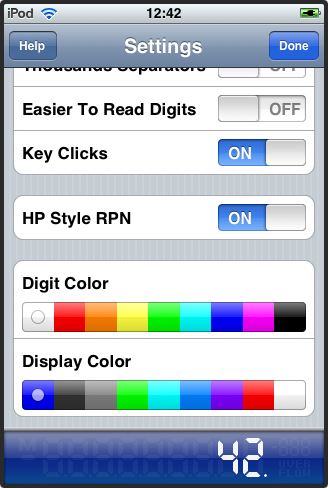 So the awful display colors can be fixed, and there’s a tantalizing choice for “Easier to Read Digits.” Another screenshot shows us what those look like: 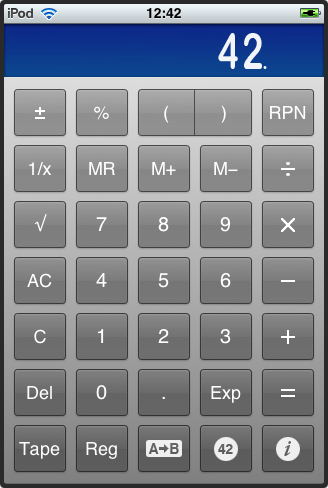 PCalc also has an RPN mode, which matches my current handheld calculator (an HP 35s). My preference for RPN isn’t overwhelming, but it is convenient to have the calculators you use regularly work the same way. Having a landscape-mode RPN calculator would remind me of my lost and greatly lamented HP 15C, a wonderful calculator that took me through grad school and the early years of my career. It was tragically stolen or misplaced some 15 years ago—I still miss it. (But not so much to pay the prices on eBay. Unfortunately, I’m not the only one who loved the 15C.) 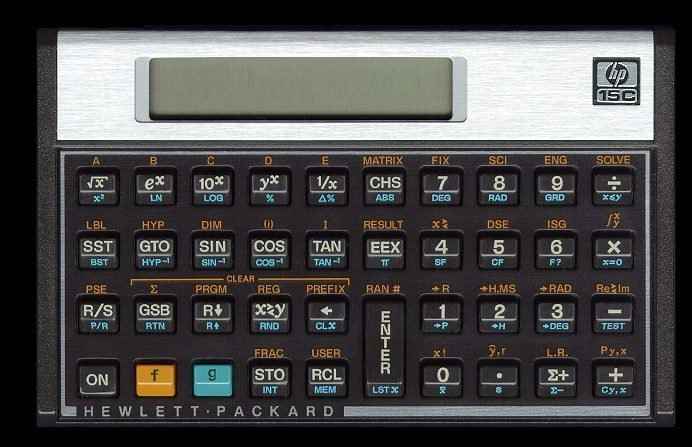 Does it sound like I’m gearing myself up to buy PCalc for the iPhone? I probably am.