Via The Skeptical Hypochondriac I read this article in the New York Times about people—adults for the most part—getting injured playing the Wii. Most of the injuries are what you’d expect: arm injuries from the tennis and bowling games in Wii Sports; overall aches and pains from playing Wii Fit. The injured are, understandably, a little embarrassed about getting hurt playing a video game, but at least they were playing an athletic game. My Wii injury came playing “The Seeker” in Guitar Hero III.

It was around Christmas of 2007. We had a new exercise bike set up in the basement, and I was riding it while watching the DVD of the Who’s Isle of Wight1 concert in 1970. 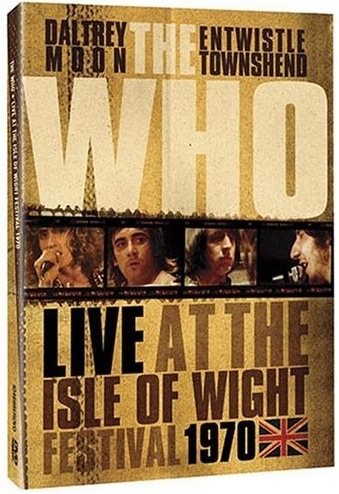 The concert shows the Who in their classic period. Daltry, swinging the microphone around like a lasso; Moon, looking like an idiot but putting out an incredible sound; Entwistle, standing dead still with his fingers flying; and Townshend, a spastic blur in a white jumpsuit. 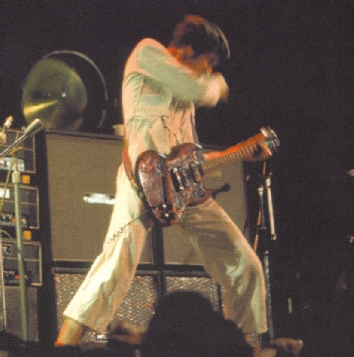 When my pretend bike ride was over I just had to start up Guitar Hero and play “The Seeker.” I was, at the time, a 47-year-old man with three kids, thinning hair, and a history of disc problems. But I was alone in the basement and charged up from the movie. So as I played the miniature Les Paul, I did some Townshend moves.

Not the guitar smash. 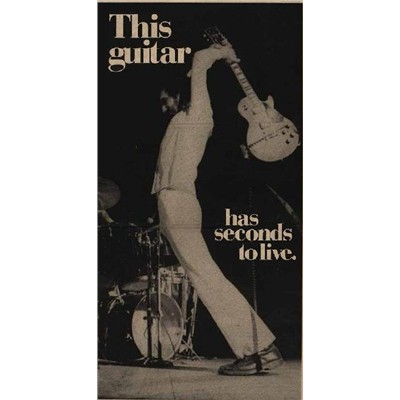 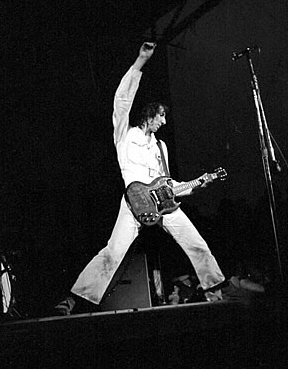 Not the midair crouching tiger. 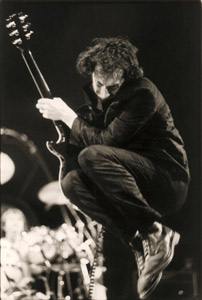 No, I went with the scissor kick.

As I came down, my rear foot hit the couch behind me, and I pitched forward. Through a combination of twists and turns—which I attribute to my cat-like reflexes—I avoided planting my face in the floor. Which was good, because although the floor is carpeted, there’s a concrete slab underneath. Amazingly, I didn’t fall at all, but I did stumble forward and jammed the big toe of my right foot into the floor—with the concrete slab underneath. That ended my concert, and for the rest of the day I walked around gingerly, certain that my toe was broken.

At this point I’m going to interrupt the narrative and say a few words in my defense. First, in 1970 Pete Townshend was 25 years old; I’d like to see him try a scissor kick at 47 with a small plastic guitar. Second, Townshend never had to contend with a couch onstage, especially not a devious couch that scoots forward while you’re in midair.

For the rest of the day I kept a brave face; I didn’t wince as I walked, and I didn’t mention the pain, mainly because I didn’t want my wife and kids to know what had happened. I was pretty sure they wouldn’t appreciate the grace and skill I demonstrated in staying on my feet but would concentrate on the dorkishness of what had gone before. I kept my weight on my left foot as much as possible and snuck a few ibuprofen, hoping the following day would be better.

The next day I woke up and discovered that I couldn’t walk. That graceful twisting that had saved me from falling had aggravated my lower back and I couldn’t stand upright without support. The good thing was that the pain in my toe wasn’t bothering me anymore.

So I crawled around the house on my hands and knees, which made it hard to hide the condition from my family. I do behave eccentrically, but this was beyond what they’d come to expect. They were very understanding and had pretty much stopped laughing at me by suppertime.

Luckily, the disc problem subsided after a few days and has not recurred. My toenail, on the other hand2, turned black and stayed that way for months. I thought I would lose the nail, but eventually new growth started underneath and eventually pushed the blackened part off. That happened in September, nine months after the “event.” And even the new nail was kind of funky looking (aren’t you glad this part of the story isn’t illustrated?), probably because it had grown out of a traumatized root.

Today—after almost a year and a half—the outer portion of the nail is still weird. The new half of the nail near the root looks normal, though, so I hope to have my toe back to its usual handsome condition by early next year.

If an orthopedist is reading this and is looking to write a blockbuster study for JAMA, you can reach me via Twitter. Twitter seems safe—I’ve been at it for over a year with no injuries so far.