So the Twitpocalypse claimed two prominent Twitter clients, Twitterrific (the iPhone version) and Tweetie (not sure which version—maybe both). Hard to believe that professional programmers were caught by something that was both obvious and well-publicized. 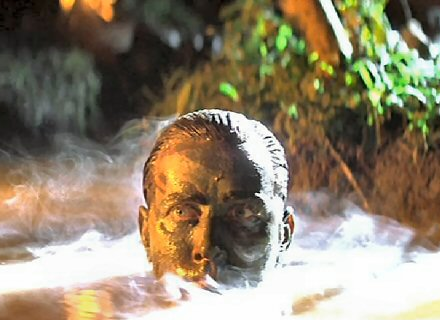 You might well ask why a programmer would use a signed variable to hold a value that would never be negative. Laziness and habit would be my guess. Still, with months of warning, you’d think that any decent programmer would be able to search his or her code for variables declared as signed instead of unsigned.

I’m sure both Craig Hockenberry (Twitterrific) and Loren Brichter (Tweetie) did that search, but obviously they didn’t do it well enough. Last night, Twitterrific for the iPhone began issuing an error message every time it tried to retrieve new messages from the server. 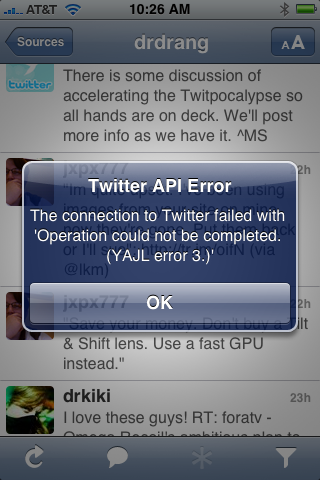 Twitterrific thus became unusable, and I switched to Tweetie. This morning, Brichter apologized for searches being hosed by the Twitpocalypse. Since I almost never search Twitter, my use of Tweetie was unaffected.

What about Dr. Twoot? Because it’s written in JavaScript and treats status IDs as strings, Dr. Twoot made it through the Twitpocalypse seemingly unscathed. Score one for the amateur programmers.