Another mess from Chicago's freight tunnels

Yesterday afternoon, a section of pavement on the Kennedy Expressway, which runs north/south through Chicago, heaved up. leading to a major rerouting of traffic and an hasty—and apparently successful—effort to get the roadway repaired before the morning rush. 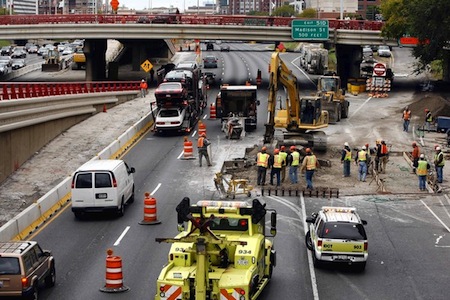 Early reports are that the heave was caused by upward pressure from a concrete pumping operation. The concrete was being pumped to fill a section of the old freight tunnels that run under much of the downtown area. These tunnels are notorious for causing the Great Chicago Flood of 1992. 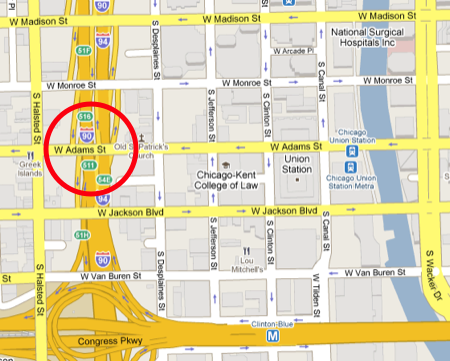 I was one of many engineers involved in the investigation of the Great Flood and was down in the tunnels shortly after it was drained, so the tunnels and I go back a ways. Two things struck me when I heard the news about the heaved pavement:

I went to my copy of Moffat and looked at some old maps of the tunnel system. It turns out there was a spur under Quincy Street that ran almost as far west as Halsted. This puts it under what is now the Kennedy Expressway just south of Adams, which is where the heave occurred. Also, there was a “public station” in that area between Quincy and Jackson, which indicates an area that came up close to the surface and/or a vertical shaft. So my two doubts were erased. 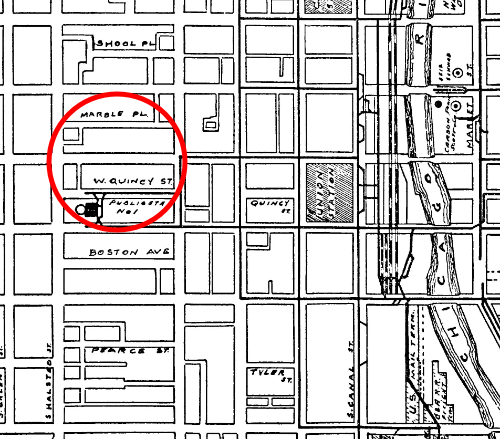 The tunnels are pretty interesting in their own right. They were cut, mostly by hand, about 100 years ago through the blue clay that lies under downtown Chicago. The passages were roughly oval with a flat bottom, about 6 feet wide and 7-8 feet high, and were lined with concrete. Much of the excavated clay was hauled up out of the tunnels and dumped into the lake east of Michigan Avenue, making what is now Grant Park. 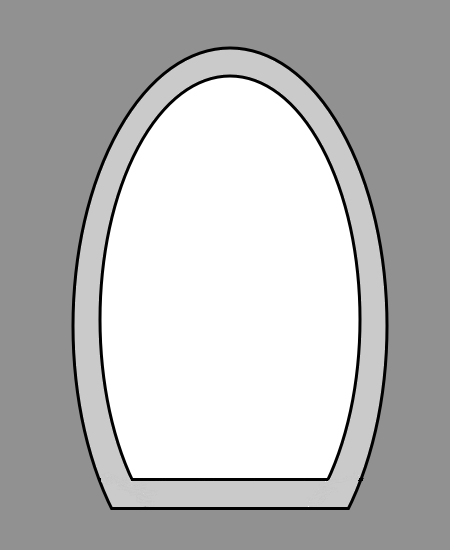 The tunnels ran under the streets and were used to deliver freight—mostly coal—to downtown buildings. A narrow-gauge railroad ran on tracks installed in the tunnel floors with cars that looked like something from an amusement park kiddie ride. 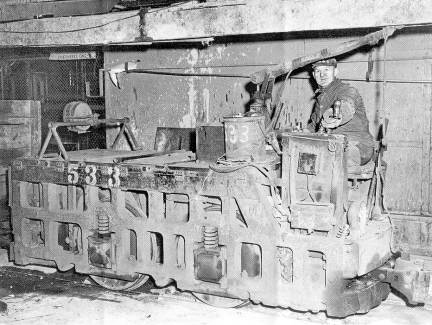 This image is one of many you’ll find at this freight tunnel history site.