As expected, US and coalition military deaths in Iraq stayed low last month: 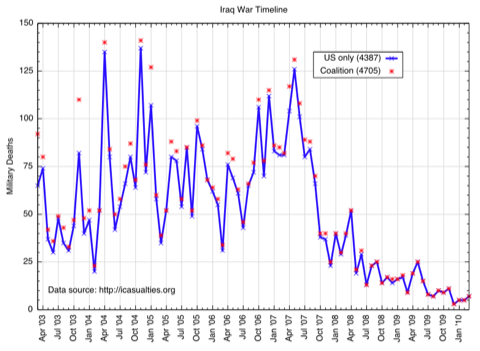 Coalition deaths passed the 4700 mark, and US deaths are slowly approaching 4400. (The two numbers are moving in parallel now; there haven’t been any non-US coalition deaths for over a year.)

In Afghanistan, US and coalition military deaths went down a bit: 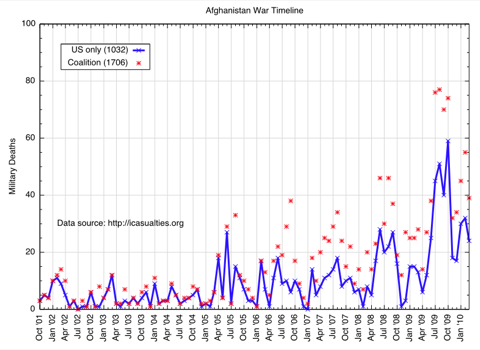 US deaths passed the 1000 mark in early March. Did I miss the announcement of this in the news?