I listened to the MacBreak Weekly podcast on my ride home from work yesterday. They talked about the WWDC keynote and the new features in the iPhone 4, and seemed to completely miss the point of FaceTime.

Let me interrupt myself here and mention how disappointed I’ve become in MacBreak Weekly. A weekly show can’t compete with the immediacy of the internet in covering news, but it can offer thoughtful commentary or entertaining snark. Most of the time, MBW offers neither.

You might think that losing Scott Bourne as a regular would be addition by subtraction, but it’s only given more space for the tediousness and stupidity of Alex Lindsay. I love Andy Ihnatko, but he doesn’t make up for Lindsay. Only the combination of Andy and Merlin Mann can overcome Lindsay’s dull ignorance, and we don’t get that tag team very often anymore.

Sadly, Leo Laporte, who used to be a good counterweight to Lindsay and Bourne, has slid over to the wrong side of the teeter-totter. He doesn’t listen to what’s being said anymore, and the guests—with the exception of Merlin—are too polite to point out when he agrees with them while completely misstating their position. I think the strain of doing 500 shows a day has caught up with him and some sort of tunnel vision has set in.

OK, back to FaceTime.

The MBW folks, like the people who were live-blogging the keynote, seem to think that FaceTime is just an Apple-branded Skype. And the end result—two people talking to one another while looking at each other on a screen—certainly is the same as Skype’s. But there’s a huge difference in how you get there. 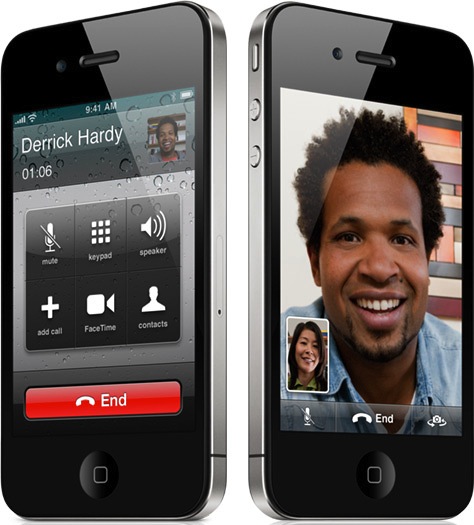 You just call your friend as you normally would, and if you’re both on WiFi, you push an onscreen button to get video. There’s nothing else to do. I’ve made fun on Twitter of some of the things Apple has said about the iPhone 4, but this really is magical.

(Some of it may be dark magic. I wonder about the security implications of a device in someone else’s pocket that knows the WiFi network I’m on.)

Maybe the MBW folks don’t get the difference between Skype and FaceTime because Skype is so much a part of their everyday lives. But unless technical glitches get in the way—cough MobileMe cough—I think regular people will take to it in a big way.