Military deaths were down a bit in Afghanistan this past month, but not much Coalition deaths passed the 2000 mark, with little more than a brief mention in the news. I can’t stand thinking that the man I voted for is prolonging this war because of domestic politics, but I don’t know what else to believe. Obama doesn’t really expect anything good to come out of this war, does he? 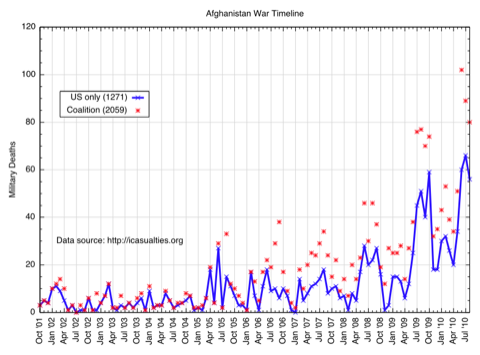 As for Iraq, no real changes. 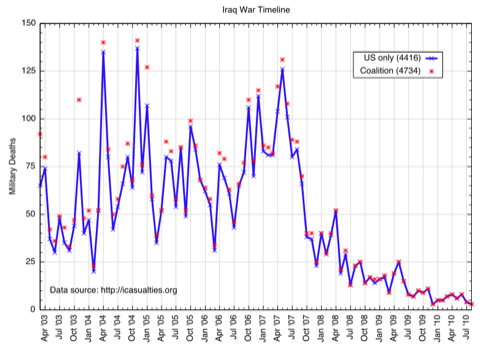 Despite what I said last month, I’ll probably continue to plot the Iraq data for the “residual” forces. 50,000 is a lot of advisors.