US military deaths in Iraq went back down after the jump in January. 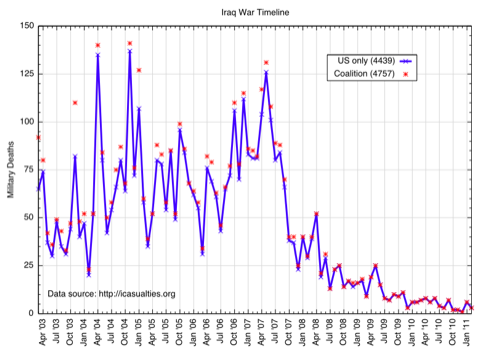 Afghanistan was a mixed bag: US deaths went down again, but overall coalition deaths went up. 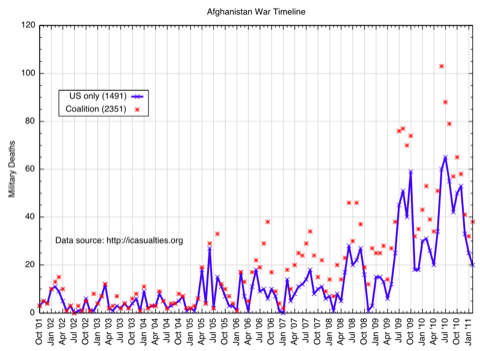 The general downward trend for the past few months is encouraging, but the past two years have seen a spike in late spring/early summer, so it’s too early for optimism.