My 11-year-old son is working toward a band award by playing a long series of trumpet exercises for his teacher. Some of them are done live at school; some are recorded here at home and emailed. A combination of tools make it easy for me to make and send the recordings.

The first tool is iTalk, the iPhone recording app I’ve been using for 2-3 years now.1 As I said when I first bought it, it’s advantages are: 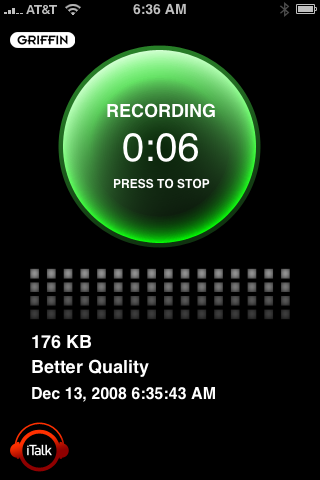 So that’s what I use to record my son’s practices and transfer them to my computer. The recordings are in AIFF format, which makes them kind of big for emailing, and it’s a format that the teacher’s computer may not understand. I move the AIFFs into iTunes, where I can convert them into more compact and universal MP3s.

As it happens, my default import setting in iTunes is AAC, so the conversion command in the Advanced menu is Create AAC Version, not Create MP3 Version. 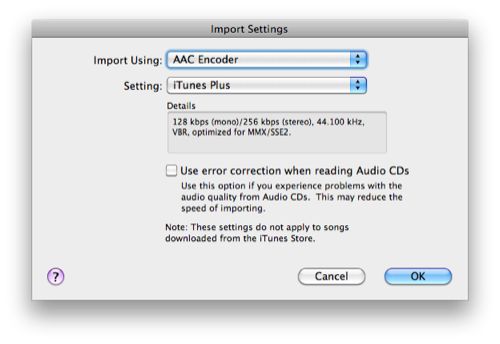 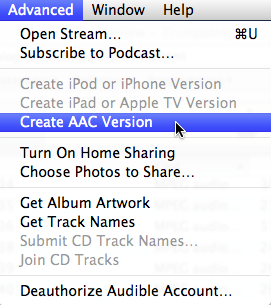 Rather than fiddling with the import setting (and having to remember to change it back when I’m done), I use Daniel Jalkut’s clever Convert to MP3 script, which changes the import setting, does the conversion, and then—most importantly—changes the setting back. Yes, of course I run it from FastScripts, although that isn’t necessary.

With the recordings in MP3 format, I just drop them into an email to the teacher. I suppose the process could be made a little quicker if I bypassed iTunes and used something like SoX to do the format conversion, but I don’t think I’d get back the time I’d need to invest to learn its conversion options.