Increases in military deaths last month in both Afghanistan, 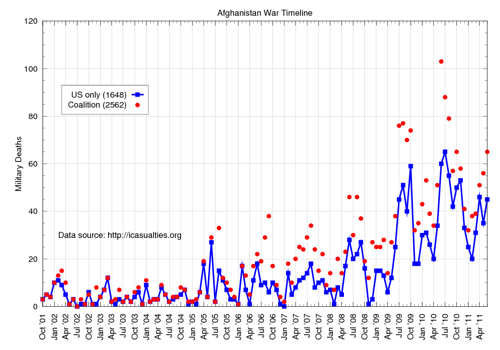 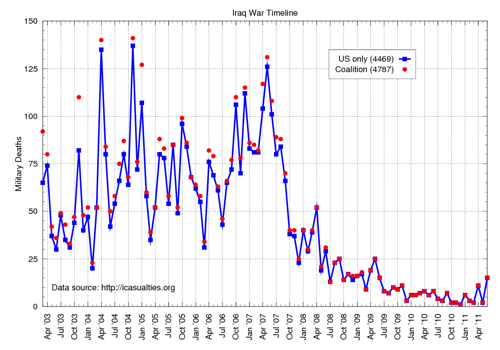 About half the deaths in Iraq came from two rocket attacks, one early in the month and one late. This is a worrying development. If you look back through that list of deaths in Iraq, you’ll see that many of the deaths before June came from vehicle accidents or other non-hostile causes. Those that were from hostile causes were typically IED attacks or small arms fire—rocket attacks were almost unknown. I realize that if you’re dead, you’re dead, regardless of the cause, but it seems likely there’ll be more deaths each month if rockets are being used against our troops.

As for Afghanistan, I don’t know what to think. Bin Laden’s death would seem to be a prime opportunity to declare the mission over and get out,1 but I don’t see that happening, despite the plans to recall the “surge” troops.