So I guess we really are done in Iraq. Nearly 4,500 US military lives lost, over 300 more from our coalition partners. And to what end? We invaded a country that had not attacked us and deposed a leader who was no threat to us or our allies. We made ourselves look foolish, dishonest, and belligerent to the rest of the world—more foolish, more dishonest, and more belligerent, if you want to be cynical about it. 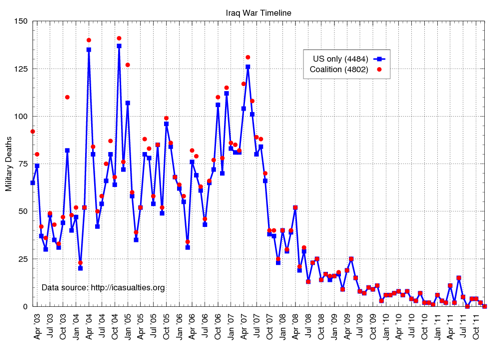 As for Afghanistan, the country that did actually harbor those who attacked us, I can only hope the Obama administration will take its success in finding bin Laden as a sign that its strength and resolve have been established and withdraw from there, too. A decade is long enough. 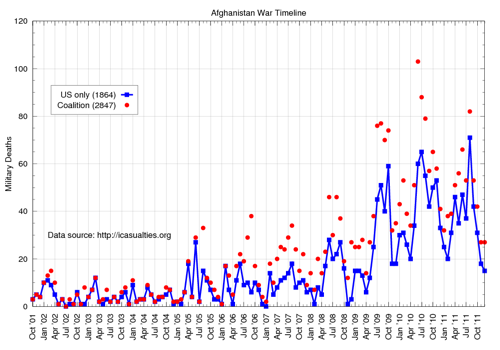