You’ve no doubt already heard that there were no US military deaths in Afghanistan in March, the first time that’s happened since January of 2007. Unfortunately, the figures for February were revised upward, so the totals are still higher than they were when I posted them last month. 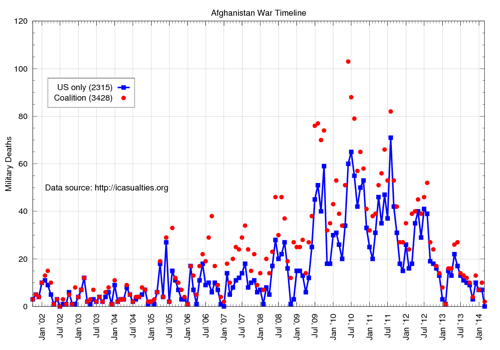 I visited the LBJ Presidential Library a few days ago. It was odd seeing exhibits of a Democratic president whose great domestic achievements were overshadowed by his mistaken escalation of a war. That won’t happen to Obama, of course, because the nation has long since stopped caring about Afghanistan.