I’m so late to Launch Center Pro. I bought it fairly early on, but never got into using it. Despite the hoopla when it was released, I didn’t understand why I should use an app that basically launched other apps and performed tasks I almost never do, like toggle the screen brightness or turn on the flashlight. I tucked LCP away on one of my never-swipe-to screens and forgot about it. I didn’t pay attention things to Alex Guyot’s encyclopedic guide to LCP or to Phillip Gruneich’s giant list of apps that support x-callback-url because I “knew” LCP wasn’t for me.

I used Drafts, of course. Since much of what I do involves text, it seemed more natural to use actions that start in a text editor. But even with Drafts, I was pretty conservative in my use of actions, because I do most of my real work on a Mac and have focused on creating scripts, macros and other automated workflows that help me there.

Earlier this month I learned what I was missing. After building an overly complicated set of scripts for adding common entries to my work diary, I learned how much simpler a set of LCP actions would be. I now have a color-coded group of actions for all my common diary entries. 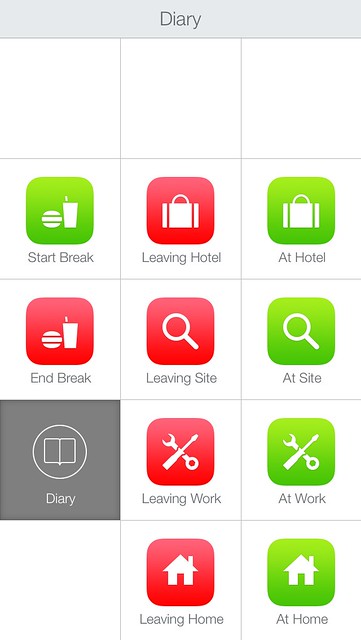 The icons I chose from LCP’s collection may not be the best expression of the concepts, but they were easy to implement and didn’t require any artistic ability on my part. The goal is to have buttons that are distinct enough that I can choose the appropriate one quickly without putting on my reading glasses.

Note that the Diary button itself is in a spot that’s easy to reach with the left thumb. I know that many people hold their phone in their dominant hand, but I’ve never done that. Because I often need my right hand free to take notes, my habit is to have the phone in my left hand.

My other group of actions is for running the scripts that clean up my iPhone screenshots. These are the final versions of scripts that evolved over the course of a couple of months near the end of last year. 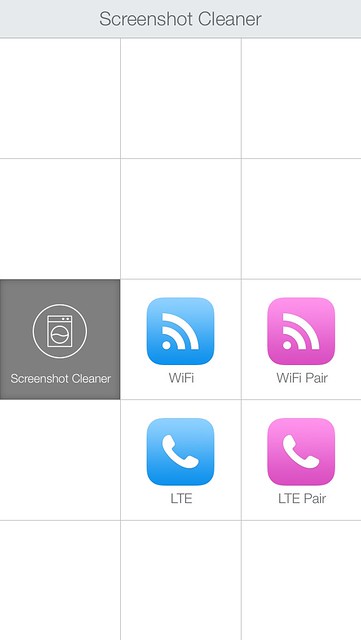 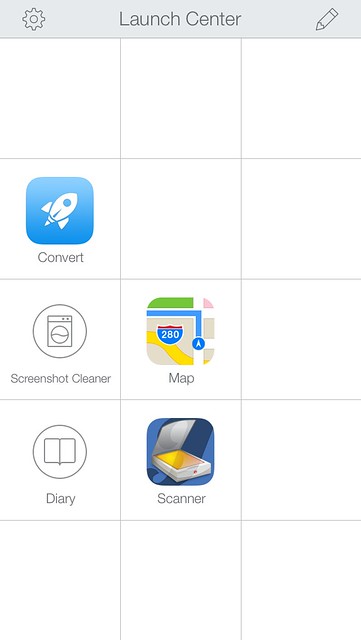 The Scanner button opens JotNot Pro, the app I use for scanning receipts when I’m on the road. It doesn’t do any clever actions; I have it here only because JotNot Pro itself is in a folder on my second screen, so having it here makes it easier to launch.

The Map button opens the Maps app to the address on the clipboard (or it fails miserably if there’s no address on the clipboard). When I arrange a business trip, I put all the pertinent travel information in a plain text file in Dropbox. This includes the addresses of the hotel I’m staying at and any other places I’ll be visiting. When I get in my rental car to drive to one of these locations, I copy its address out of the file and run this action. This may not seem like much of a time-saver—I can, after all, just open Maps and paste in the address—but I’ve found that I often mistap when trying to select the address field in Maps and have to try again. Using the LCP action eliminates the frustration that comes from my clumsiness. The URL for the Map action is

The Convert button is sort of an experiment; I don’t think I’ll keep it. It prompts me for a number, 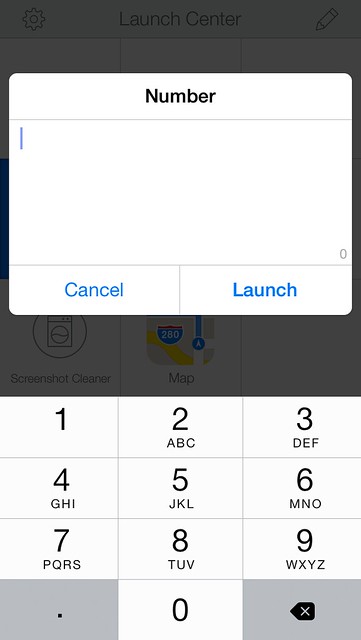 then launches PCalc to its conversions section. The URL for the Convert action is

I don’t think this is actually faster than just launching PCalc from the home screen and tapping the A→B button. I just wanted to try out a PCalc URL scheme and the LCP [prompt-num] option.

With iOS 8 and its extensions just a couple of weeks away, I don’t want to get too deeply into Launch Center Pro. Some of the actions I could make might be better done with an extension. I’ll have to explore both possibilites when I upgrade. Too bad I wasted time up until now that could have been saved with LCP actions.