A turn to unit conversions

I woke up to this j’accuse from Allen MacKenzie:

OK, I confess. I’ve never used the tip calculator layout I wrote about last night. As Allen surmised, I do the calculation in my head through the force of long habit and because it’s faster that way. But I wanted to demonstrate PCalc’s ability to make specialty calculators, and a tip calculator was an easy example.

To placate Allen, I just finished a new layout I’ve been planning for weeks: a horizontal calculator that’s basically all unit conversions. The normal layout handles (mostly) metric to US customary conversions. 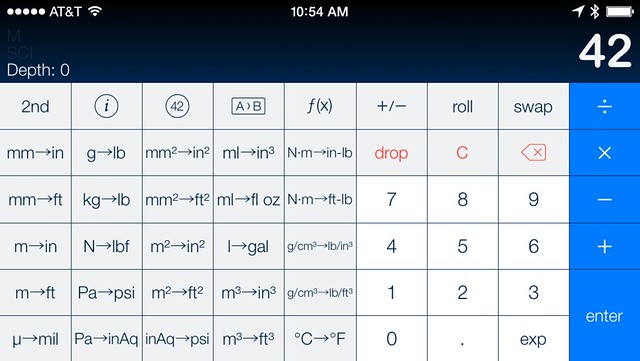 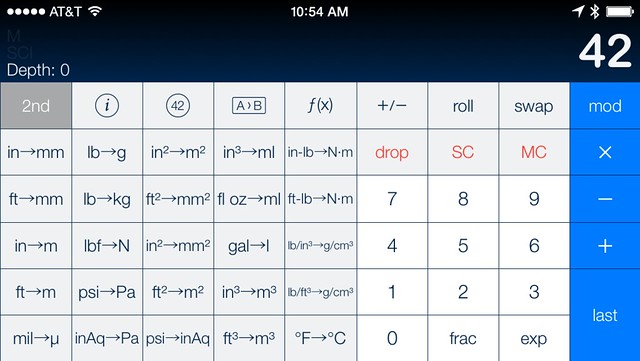 The value of this is that I no longer have to dig through PCalc’s set of unit lists to get to the conversions I use the most often.1 All I have to do is turn my phone sideways to have them all accessible with a single tap. When the conversion is done, I rotate the phone back to portrait mode, the screen changes back to my usual layout, and I continue with the calculation. 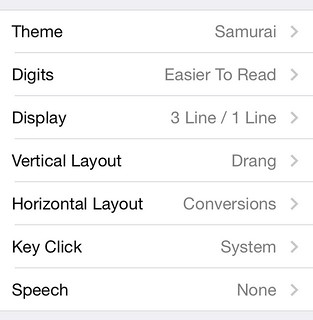 There are 25 conversions, and I tried to arrange them in a logical manner, but there are some inconsistencies in the name of practicality. The biggest inconsistency is the button at the bottom center, which doesn’t involve metric units at all. It’s a pressure conversion between psi and inches of water, the latter being the common unit used for measuring the pressure in residential gas lines.

The other bow to practicality is redundancy. If I can convert between pounds2 and grams, I don’t really need a buttons to convert between pounds and kilograms. But I do both kinds of conversions often enough that it’s worth using an extra button to avoid the multiplication/division by 1000.

Although I think this is pretty close to final, I fully expect to keep fiddling with this layout as I get more experience with it in the months to come. The first thing I’ll have to do is break the habit of tapping the A‣B key in my regular layout.