While I like having a clean Desktop, it’s such a handy place for temporarily storing files that I put things there all the time. Files imported from the scanner or attached to emails usually sit on the Desktop for a while until I’m sure I know what to do with them. What makes the Desktop so convenient is that it’s always there—no need to open a window—and I can see it all with a quick keyboard shortcut. Until I reboot.

The shortcut that controls the Show Desktop command is in the Mission Control section of the Keyboard Shortcuts System Preference. As you can see, I have it set to F6. 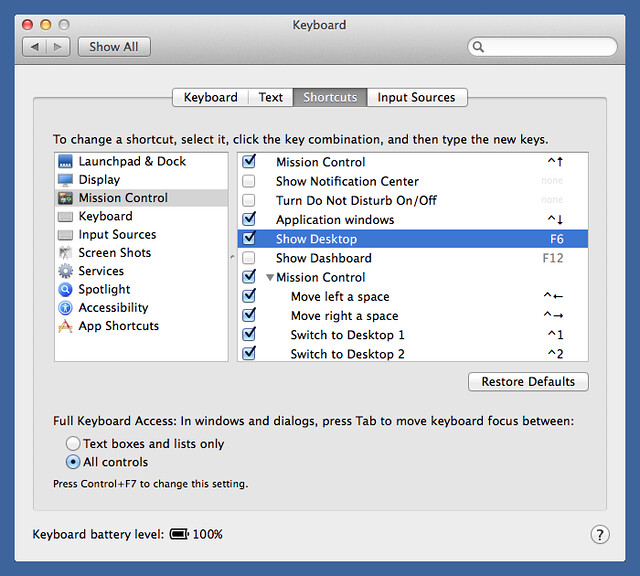 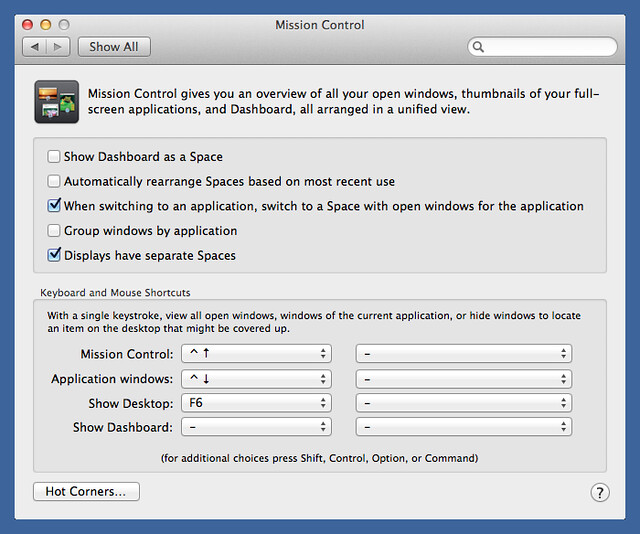 This redundancy is useful because some people will think “Mission Control” when they think of setting this shortcut, and others will think “Keyboard.” I’m a “Keyboard” man myself, but I harbor no ill will toward “Mission Control” people. They’re not like those bizarre left-side Dock people, who are a blight upon the land.

Update 9/25/14
Jason Verly gives a spirited and rational defense of his left-side Dock. He has a multi-monitor setup with the external monitor to the right, and I agree that a left-side Dock makes the most sense in that configuration. I’m just glad I’m not forced into such an abomination.

I am, of course, exaggerating for effect in my tweaking of the left-side Dockers, but there are reasons old-time Mac users favor the right side and have a certain distain for those who follow suit. Probably worth a post of its own someday.

I’ve always liked the way the Show Desktop command works. The sliding of the windows out beyond the edge of the screen and the gray “rind” that’s left behind are an effective way to show what’s happened. 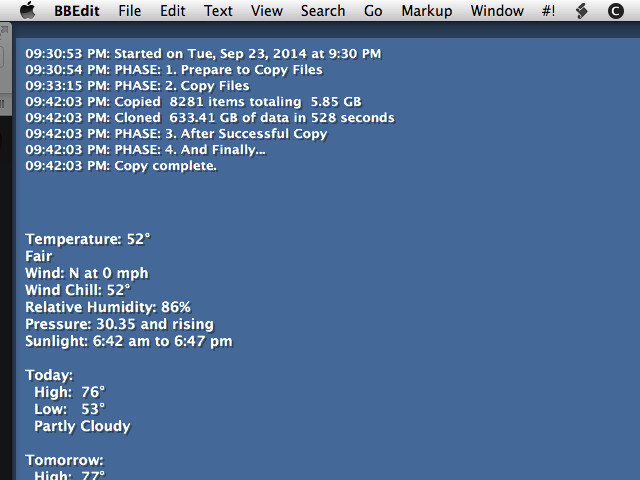 The problem I’ve been having with Show Desktop, and it’s happened only with Mavericks and only on my office iMac, is that the keyboard shortcut stops working after a reboot. The System Preference panels still show it’s set, but the only thing that happens when I hit F6 is the system beep. Unsetting and resetting the key doesn’t fix it.

At first I thought PCKeyboardHack and KeyRemap4MacBook, the utilities I used to remap the Caps Lock key, were causing the problem. But this problem never occurred before Mavericks, it never arose on my MacBook Air before or after installing Mavericks, and it persisted even after I stopped remapping my Caps Lock key and deleted those utilities. It happened just this morning after a system update forced a reboot.

Through trial and error, I’ve learned how to solve the problem and, in some cases, how to prevent it from happening in the first place. If I uncheck the Show Desktop box in the Keyboard Shortcuts panel and then reboot, rechecking the box after the reboot will get the shortcut working again. Unfortunately, I reboot so infrequently that I almost never remember to uncheck the box ahead of time. It’s only after I get a beep when I hit F6 that I realize what I’ve done have to reboot a second time.

There’s probably a way to automate this, a way to force the system to uncheck the box just before a reboot or shutdown, but I haven’t looked too hard to find it. With luck, Yosemite will erase this annoyance and I won’t have to think about it again.