Earlier this evening, Kieran Healy linked to this tweet from 60 Minutes: 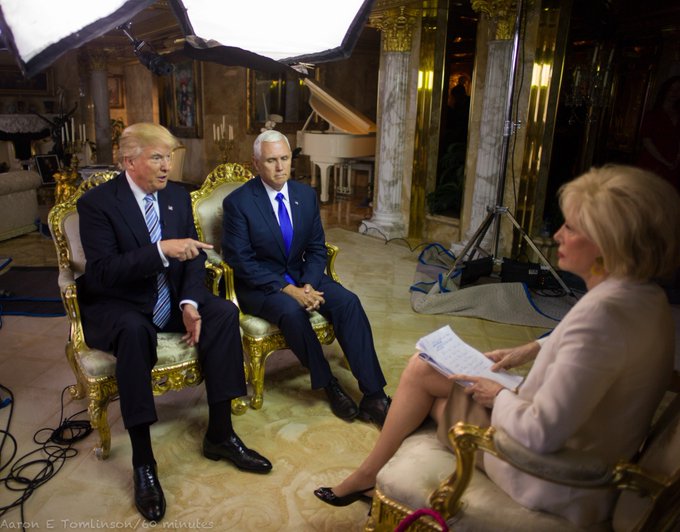 If you look at the responses to the photo, you’ll see that most people have, quite rightly, made fun of the gilded chairs and the overall faux-Versailles look to the room. But what caught my eye was the painting in the background just to the right of Trump’s head. CBS generously uploaded a fairly high-resolution image to Twitter, so let’s zoom in.

You recognize that painting, don’t you, even if you don’t know its name? It’s Renoir’s Two Sisters (On the Terrace), a beautiful painting, one that’s often shown as an example of both Renoir’s work and of Impressionism in general.

And when I say “painting,” I’m referring to the actual work of art on display at the Art Institute in Chicago, which has owned it since the 1930s. What’s behind Trump’s head is either a $100 print or an oil reproduction in a gaudy frame. Either way, it’s a cheap thing dressed up to look expensive to people who don’t know any better, i.e., Donald Trump in a nutshell.

I wonder if he also got the mug and the coasters.