I’ve been planning to write a post about the new Apple products for over a week, but I keep getting distracted. Today, I went to Apple’s PR pages for the MacBook Air, the Mac mini, and the iPad Pro to download images and went off on another tangent. As usual, I will inflict that tangent on you.

Apple provides the product images as zipped archives, so when I clicked on the link in the press release, I was confronted with this “what do I do?” screen in Safari. 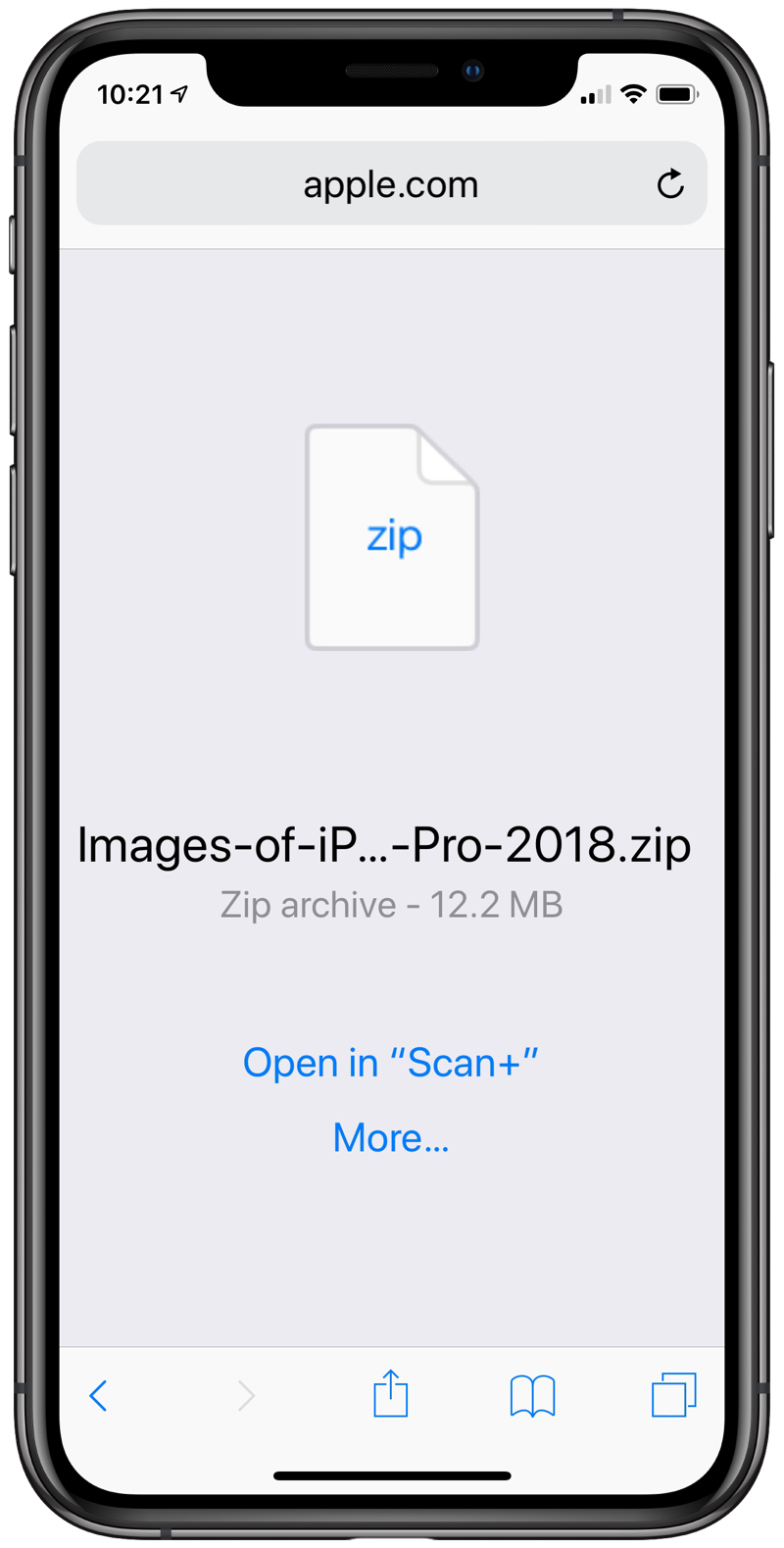 The efficient thing would have been to walk ten feet over to my iMac and download the zip files there, where they can be expanded with almost no thought. But I took the procrastinator’s way out, deciding to solve the problem of dealing with zip files on iOS once and for all.

In the past, I’ve tried out a few zipping/unzipping apps, and they’ve all sucked, with user interfaces that are clumsy to navigate and look like something out of Windows 3.1. What I wanted was a clean, one-click solution similar to what we have on a Mac. A shortcut, if you will…

I went to the Shortcuts Gallery and searched on “zip,” “unzip,” and “archive.” There was a shortcut for zipping up a bunch of files and putting them into an email message, but nothing for unzipping and saving. I also couldn’t find anything by Googling. So I made my own. 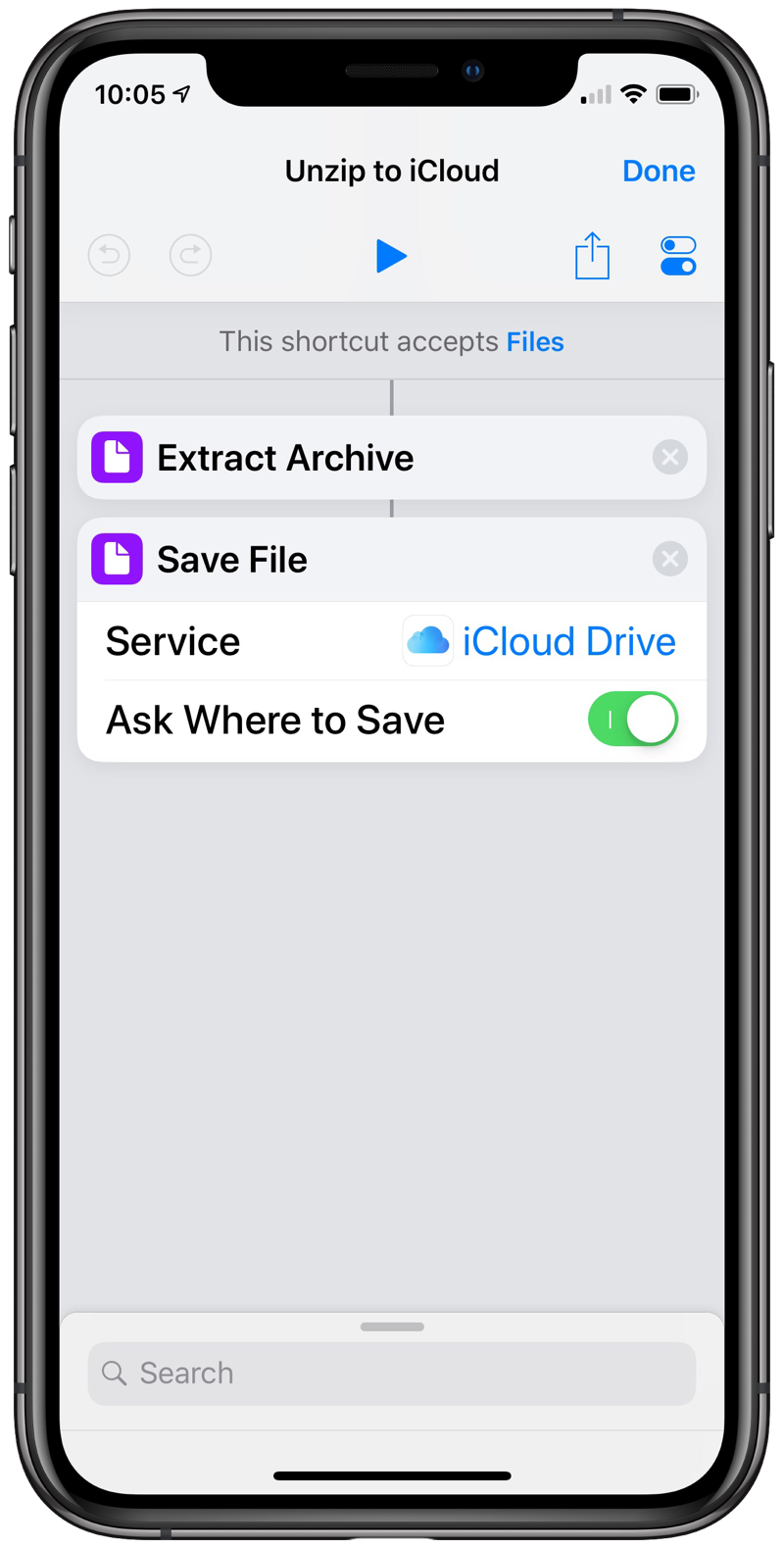 As you can see, there’s not much to it. You can make it yourself or download it.

You run it as an Action Extension by bringing up the Share Sheet and selecting the Shortcuts Action. After you choose it from your list of Extension shortcuts, you’ll be presented with a Files-like location picker, from which you can choose where the expanded archive will be saved. 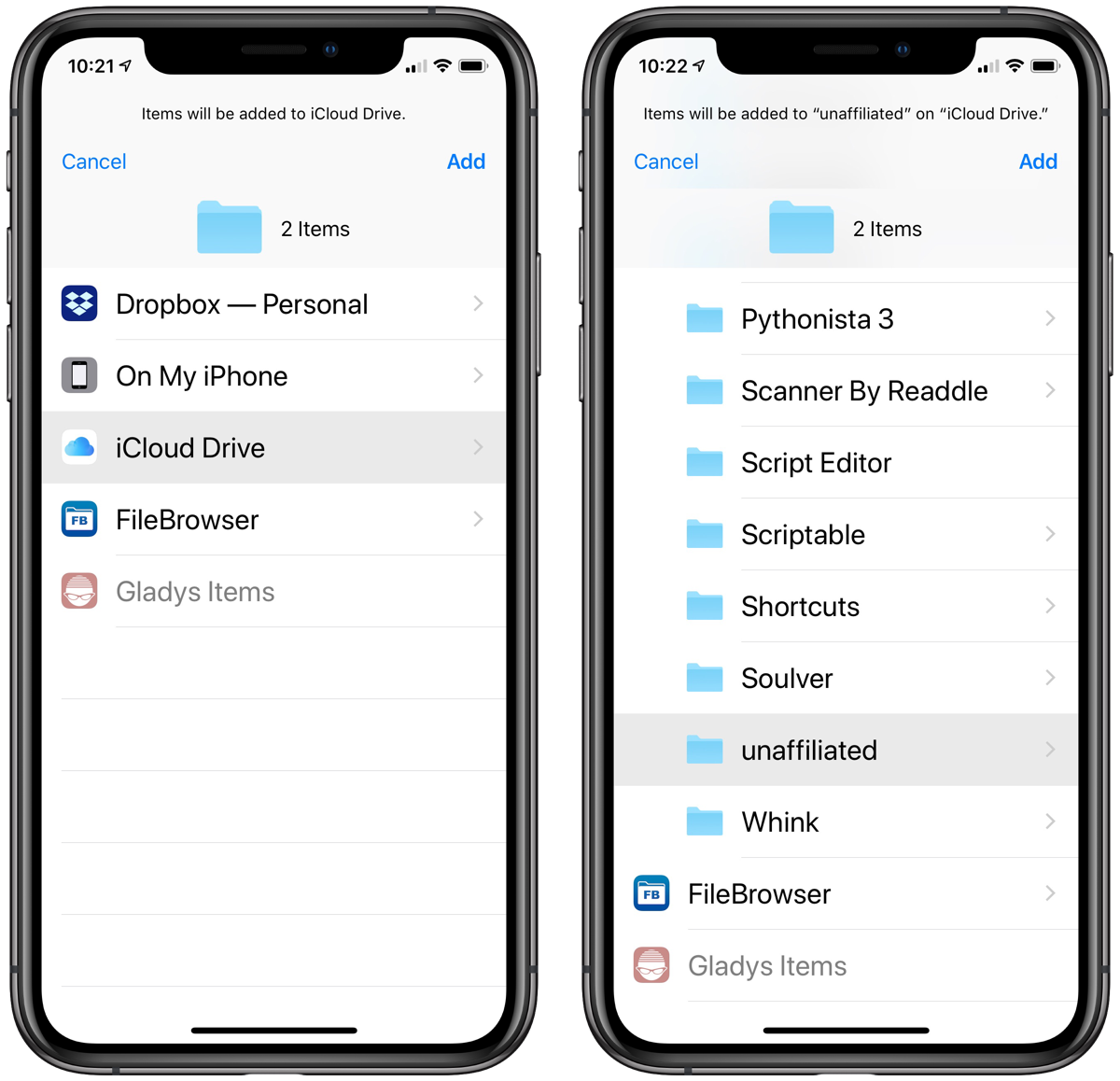 Even though “iCloud Drive” is the Service chosen in Step 2 of the shortcut, it can also save locally and into Dropbox. I suspect it can use services like Box and Google Drive, too, but I don’t use those services and haven’t tested them.

There are a few thing to keep in mind:

I make no claim of originality with this. I’m sure plenty of people have written similar shortcuts, but I couldn’t find them. I didn’t even know there was an Extract Archive step in Shortcuts until today. I should spend more time on this page and this one.