The extra long framed screenshots in yesterday’s post drew some puzzled tweets. They were created with PicSew, which stitches together overlapping screenshots into a single long image and can, if you want, frame the image with the outline of an iPhone. I don’t know if I’ll continue to add the frame, but it’s kind of fun.

After answering the questions about PicSew, I thought it would be nice to have a shortcut that would automatically assemble a tweet with an app’s name, icon, and App Store link. So I combined the general outline of this shortcut for tweeting Kindle book links with the parts of yesterday’s shortcut that handle app names and icons and ended up with this:

You can build it from scratch or just download it.

To use the shortcut, you start on the App Store page of the app you want to tweet. Bring up the share sheet, choose Shortcuts, and select the Tweet App shortcut. You’ll then be presented with a tweet ready for sending. 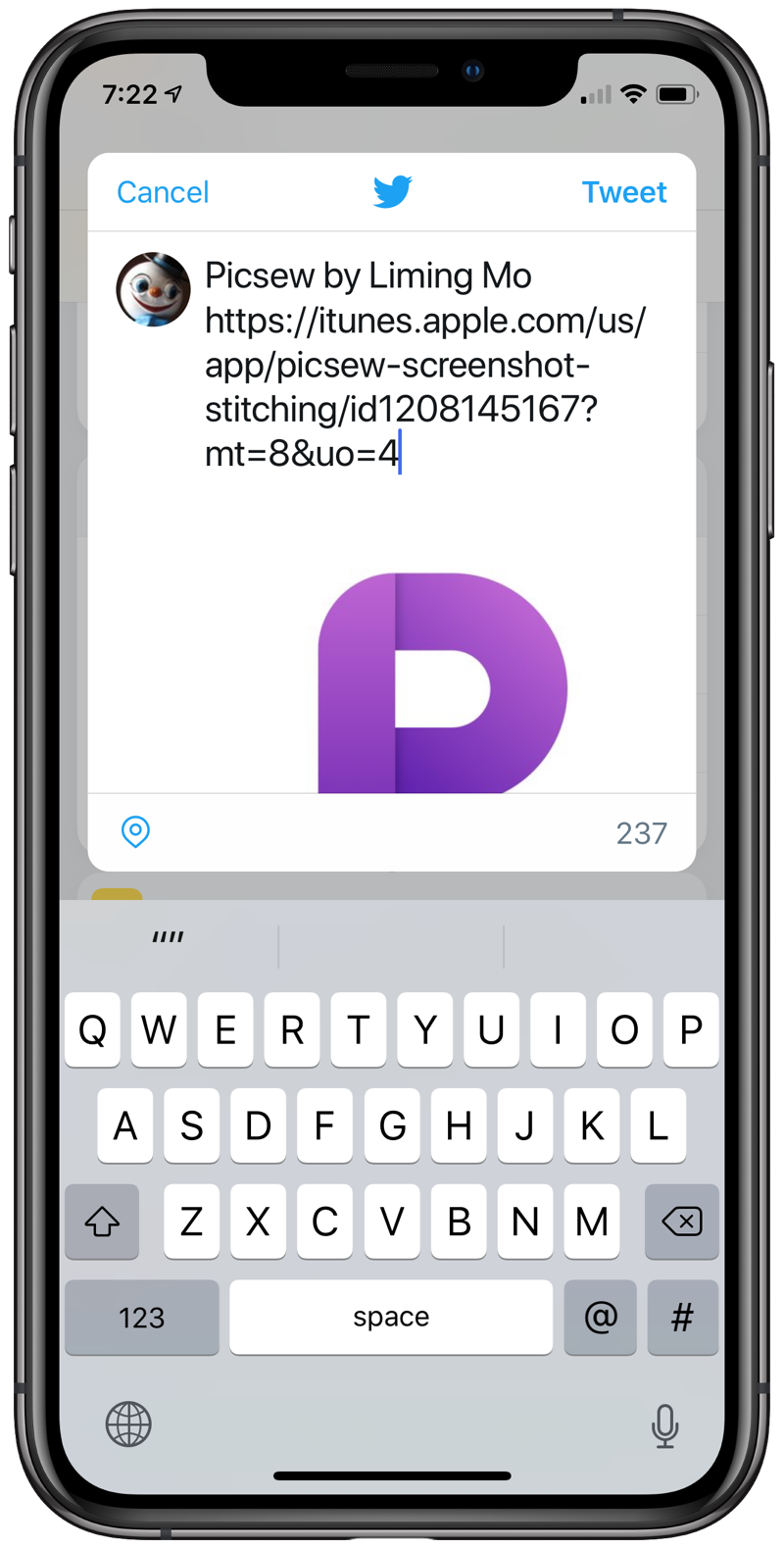 By default, the text portion of the tweet contains the name of the app and the developer, followed by the App Store link. You can edit the tweet before sending.

With these last two shortcuts ready to go, I guess I should start blogging more about apps.