AppleScript and the class struggle

After a Twitter conversation with ComplexPoint, I have a more elegant solution to the circle counting script I wrote about yesterday.

Both of the problems I had in writing the script are related to AppleScript’s approach to classes and variable typing.

The OmniGraffle dictionary says the fill color property of a shape is of class color, not list, which is presumably why lines like

didn’t work (recall that variable c is an item in a list of fill colors) and I had to do a coercion,

This morning I wondered if I could get coercion to work the other way. If instead of defining the colors at the top of the script the way I did originally,

I could define them through coercion,

Unfortunately, this didn’t work. It produced an error on the first line:

doesn’t produce an error, and he’s right. But the rest of the script doesn’t work. The lists generated by lines like

But another approach did lead to an elegant solution. OmniGraffle has a way of assigning data to objects that is completely under the control of the user and there’s no class warfare. If you go to the Info pane headed by the gear icon, you’ll see an Object Data section. 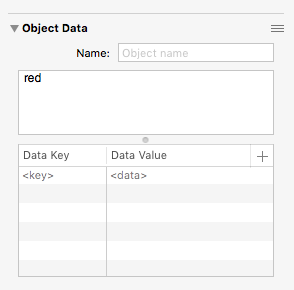 You can type whatever you want into the notes field (the multi-line text area) and be able to access it in AppleScript through the notes property. So I selected all of my red circles (by clicking on one of them and using Edit‣Select‣Similar Objects) and entering “red” into the notes field, as above. After doing the same for the green and blue circles, this short script did everything I wanted.

No need for counting variables, no need to loop through lists with repeat. This is the kind of script I was hoping to write yesterday.

To see how many circles of each type are in the drawing, I look at the inspector pane in Script Debugger: 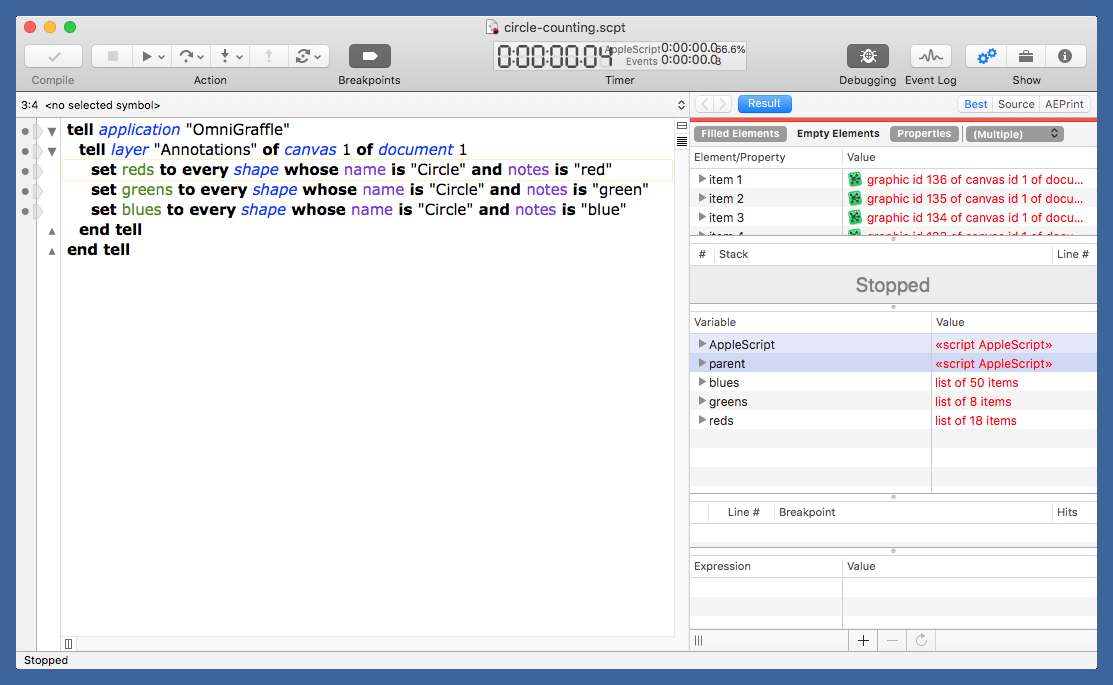 If I had known this before I started drawing circles, I could have avoided the “select similar objects trick.” Instead, I’d have added the appropriate note to the first circle of each color, and the notes would have propagated every time I duplicated a circle. That’s what I’ll be doing in the future.