It’s a good thing I’m not a professional Apple blogger. So many times I’ve had a bunch of notes and links and images gathered together for a post only to see someone else cover the same ground—and cover it better—in an article or a podcast. So it was last night when I read John Gruber’s post on cursors, pointers, and insertion points. Normally when this happens, I fold up my tent, delete whatever I’ve put together, and promise myself to be quicker off the mark next time. This time, though, I want to do a little followup.

I should have known that the same things that bothered me about the words Apple used when announcing iPadOS 13.4 would bother Gruber, too. And that he wouldn’t be able to let it go without comment. Here’s the problem: From the very beginning of the Mac, Apple has called the onscreen graphical object that you move with the mouse (or now trackpad) the pointer, not the cursor. And yet here’s Apple telling you how to use the new mouse/trackpad features:

When you connect a Bluetooth mouse or trackpad to your iPad, a circular cursor appears on the display.

Move the mouse or swipe on the trackpad just as you would with a desktop or notebook computer. You can adjust how quickly the cursor moves, along with other trackpad and mouse settings.

As it moves across different elements on the screen, the cursor changes shape. For example, it turns into an I-beam over text, indicating that you can insert the cursor into a text document or highlight and copy words from a webpage…

For 35 years, Apple’s been telling me this thing should called a pointer, and I’ve been following along, mainly because I thought the distinction between a pointer and a cursor was useful.1 Are there no standards anymore? Is nothing sacred?2

Contra the Apple Style Guide Gruber quotes from, I’ve never felt especially dogmatic about the use of insertion point. To me, the text insertion point is a cursor. It serves the same purpose as the blinking box we used to see in pre-Mac personal computers and the terminals connected to mainframes, and that was always called a cursor. If you’re clear about the free-floating pointer, you don’t need another phrase to describe the text-bound cursor.

As far as I can tell, there was only one definition of cursor in the pre-computer days. Here’s what Lexico (an offshoot of the OED) says:

What they mean is this: 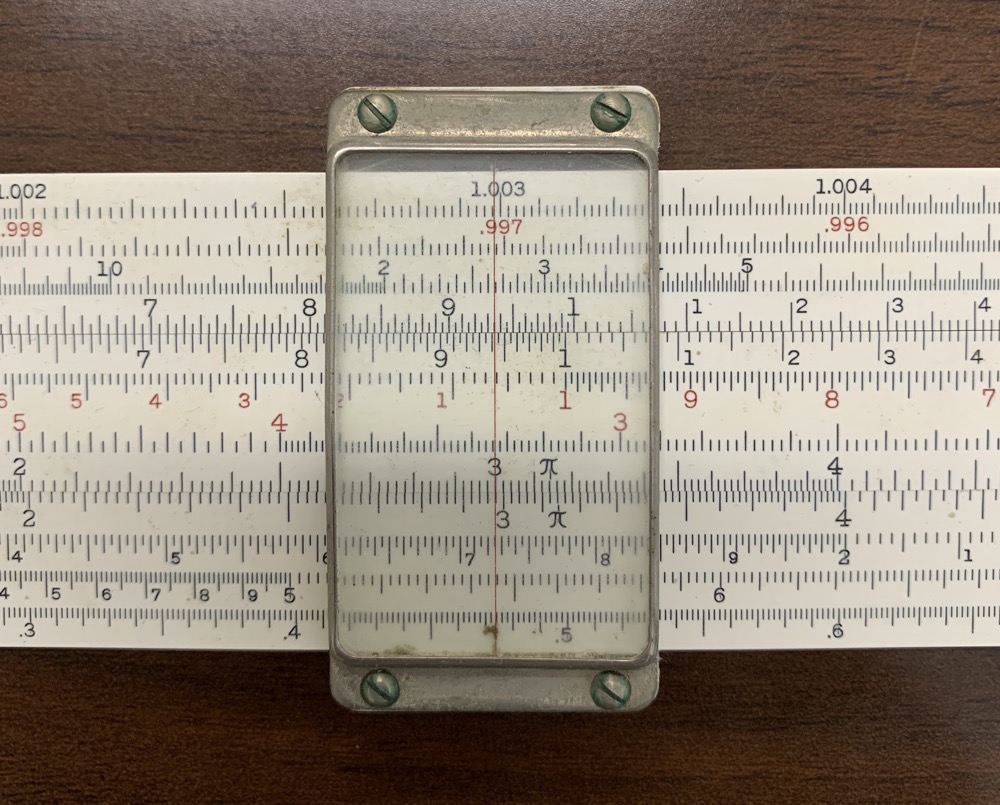 You will not be surprised to learn that I have a small collection of slide rules on display in my office at work, a couple of which were my father’s. I wanted to use a photo of one of those instead of a generic image from Wikipedia, but I haven’t been to the office much lately. The next time I go, I’ll take some photos and replace the image above.

Update Apr 3, 2020 4:45 PM
As promised, the Wikipedia image of a cursor has been replaced by that of the cursor on a Versalog slide rule I own. The Versalog is pretty complex, with lots of scales. A simpler one is the Pickett demonstration slide rule hanging on my office wall. 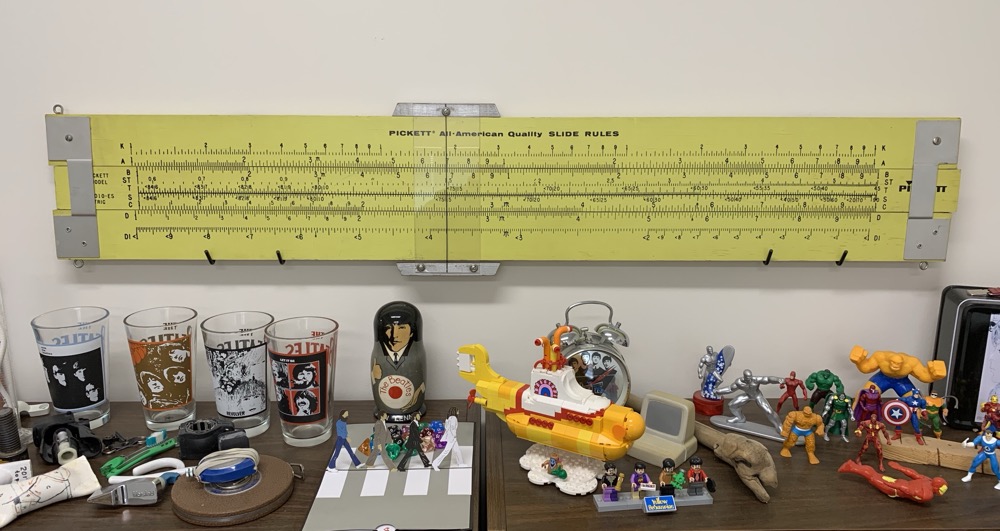 Apart from being cool promotional items, giant slide rules like this were used to teach students the basic operations.