There’s a certain type of work I do for which I write a short proposal in single-page letter format and send it to the prospective client as a PDF attached to an email. When I started doing this type of work a few years ago, my thinking was that the client would simply email me back saying they accept the proposal and that I could start the work. But many clients wanted something more formal, or at least more analog.

They wanted something they could sign and send back to me. So I made a small PDF image I could use as a sort of stamp.

After writing the proposal in LaTeX and generating a PDF, I’d open it in PDFpen and add the stamp. At first I’d just open the stamp file, copy it out of that document, and paste it into the proposal. Then I got more clever and added the stamp to my PDFpen Library, so there was no need to open a second file.

The problem with adding the stamp this way was twofold: I had to remember to do it, and then I had to do some manual work in PDFpen. Given that the stamp would always be in the same spot—lower right corner, with a ¾″ margin from the page edges—it seemed like I could get rid of the manual part.

I probably could have written an AppleScript to control PDFpen, but when I finally go around to automating it, I used PDFtk and the stamp option I wrote about last year. What I built was a short shell script that was basically the same as the overlay script I described in that post, but with one of the PDF files being set to the acceptance stamp file, which I had to “grow out” to be a full page. 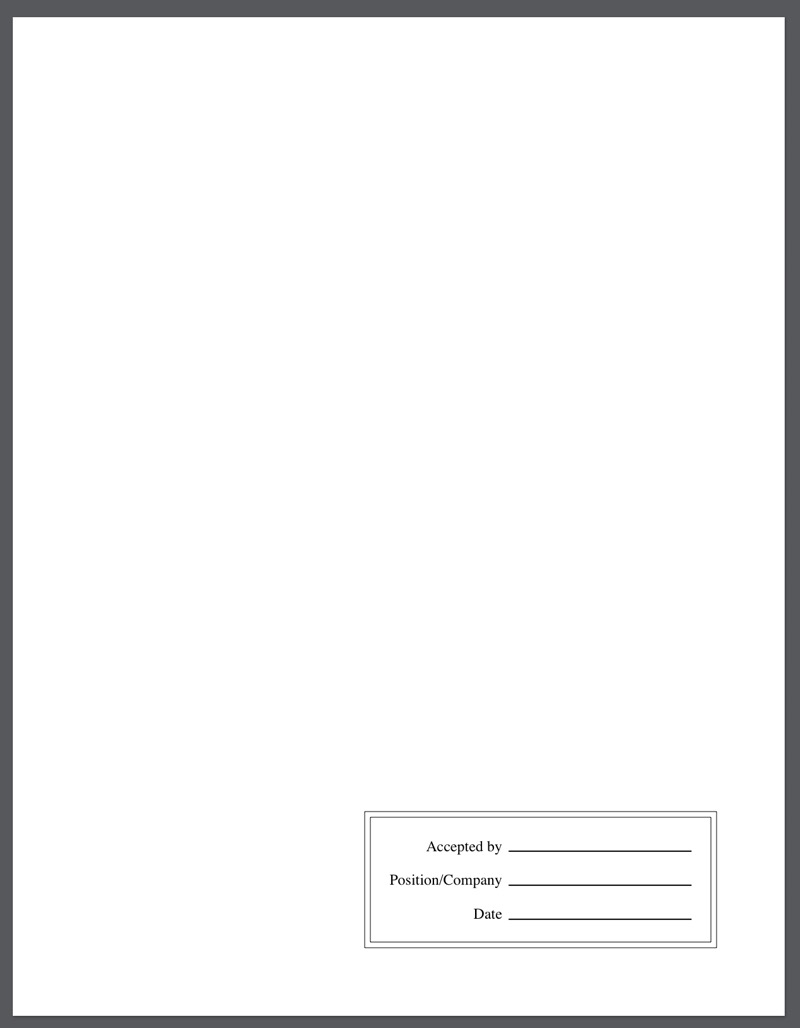 This PDFtk automation didn’t last long. It solved the manual placement problem, but I still had to remember to run the script, and it turned out that that was the more important problem to solve. I began searching for a simple way to add the stamp directly in LaTeX.

There are undoubtedly ways to add the stamp using TikZ or some similar drawing package, but I didn’t want to learn a graphics macro language just to remake a drawing I already had. What I ended up using is the pdfoverlay package, which let me put my acceptance stamp in the background and layer the proposal letter over it.1

Pdfoverlay is included in recent TeX Live and MacTeX distributions. I don’t remember how old my installation was, but I had to update it to get pdfoverlay installed and working. Once I did, though, these two lines were all I needed to add to the preamble to my proposal letters:

I edited the TextExpander snippet I use for my proposal template to include these two lines, and now I don’t have to remember anything. Which is one of the main goals of automation, right?