Quicker linking to apps in Drafts

Today on the Automators forum, there was a question about using Shortcuts to get the current version of an app in the App Store. When I read the answer, from Stephen Millard (@sylumer), I immediately knew I could modify his shortcut to speed up linking to apps, something I do quite often here.

Up until now, this is how I’ve been linking to an app:

Because the App Store doesn’t open in search mode, this can take half a minute to a minute to do. Even worse is the context shift as I switch from Drafts to the App Store and back. By stealing Stephen’s shortcut and making a Drafts action that glues it to @pdavisonreiber’s action, my workflow has been reduced to

which runs in just a few seconds, requires no intervention on my part, and has no context shift other than me watching the screen change from Drafts to Shortcuts and back.

Here’s my adaptation of Stephen’s shortcut. It grabs the App Store URL of the given app and puts it on the clipboard 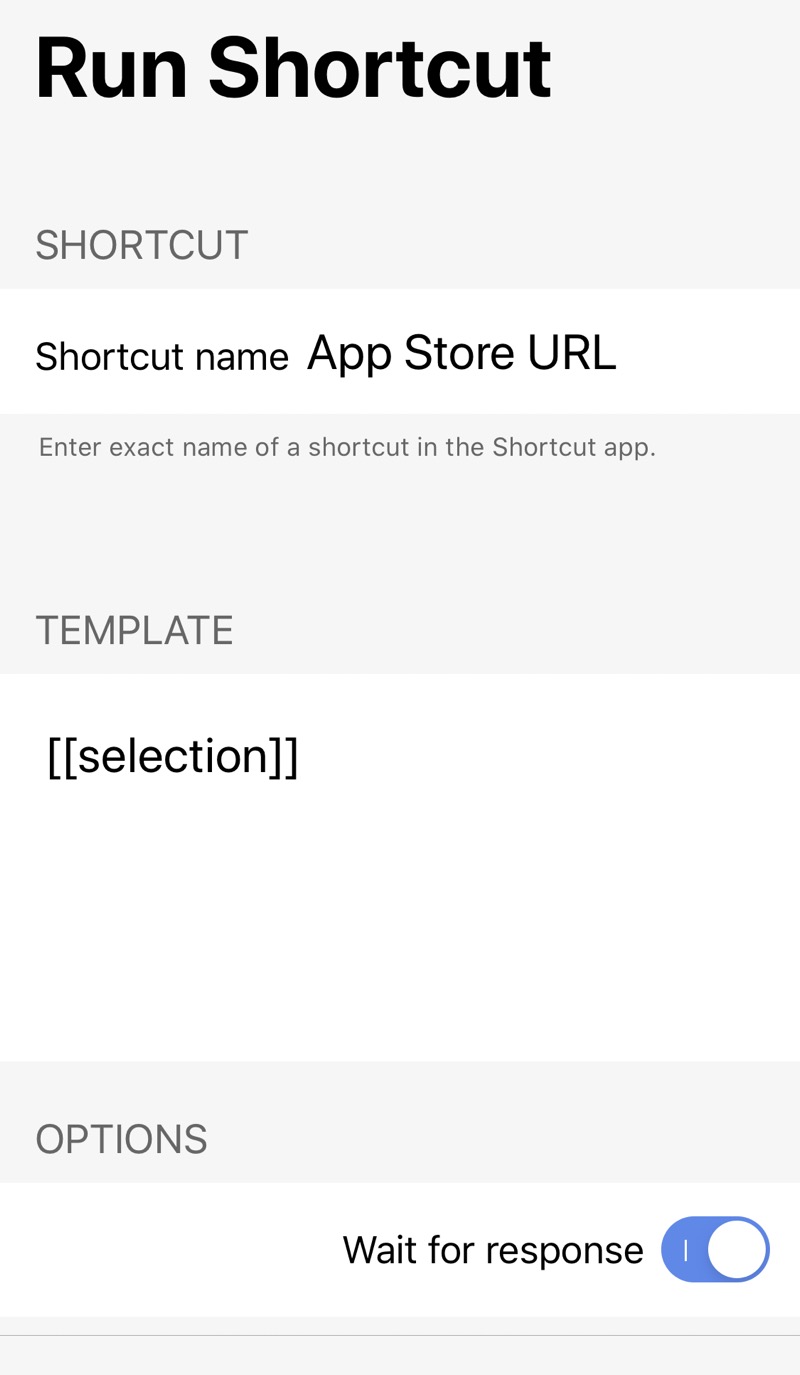 The second step runs the Markdown Reference Link action, which uses the URL on the clipboard to turn the selected text into a link. 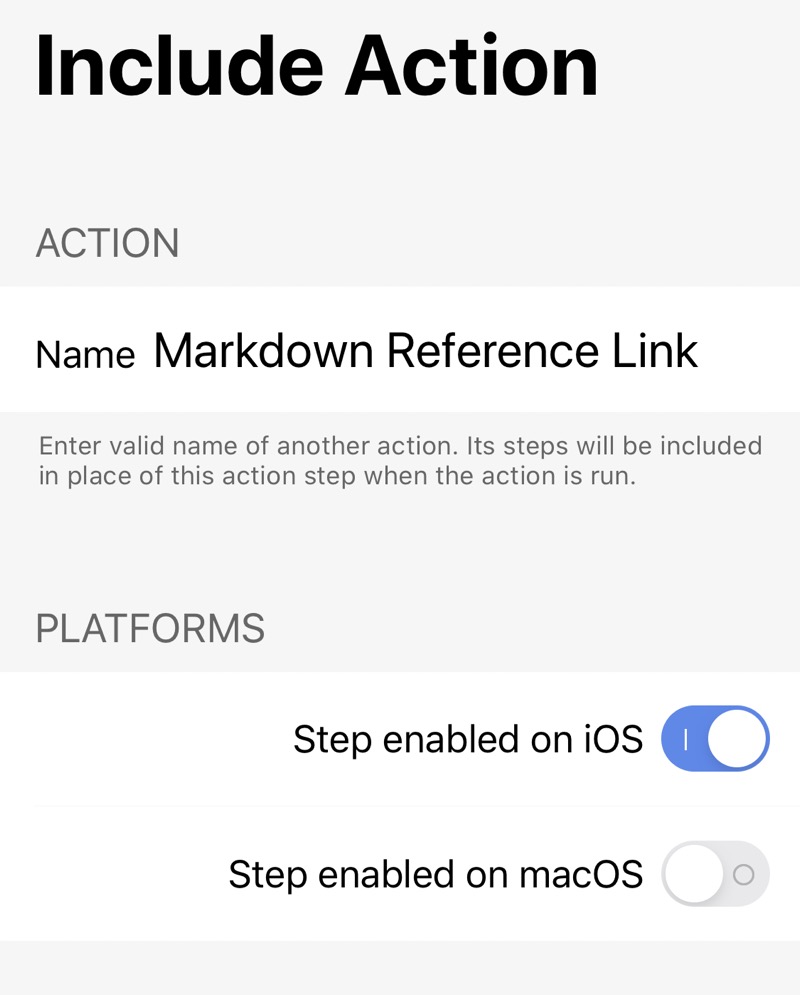 So by doing virtually no work of my own, I have a new Drafts action that will save me upwards of a minute every time I need to link to an app and doesn’t take me out of the flow of writing.