I’ve been messing around recently with the arithmetic-geometric mean (AGM). Not that I care much about the AGM itself, but it’s a convenient way to calculate the elliptic integrals that come up in certain mechanics problems. If you follow Matt Parker on YouTube, you may have seen the AGM make a guest appearance in his video about calculating the area of a squircle from last fall (which also mentioned elliptic integrals).

If I were writing a script that needed elliptic integrals, I’d just use the ellipk function from the scipy.special library. But sometimes it’s nice to have a way to do things on your calculator. Hence the PCalc function below.

The procedure for calculating the AGM is iterative and usually converges in just a handful of steps. Here’s how we get the AGM of two numbers, which we’ll call \(a\) and \(b\):

As you can see, the arithmetic mean is always larger than the geometric mean. The MathWorld article linked above explains why that is and also why the two get closer together with each iteration. Some people like to define the problem with \(a_i < b_i\), and so they prefer to reverse the formulas for \(a_i\) and \(b_i\), but since both the arithmetic and geometric means use commutative operations, the order doesn’t matter. 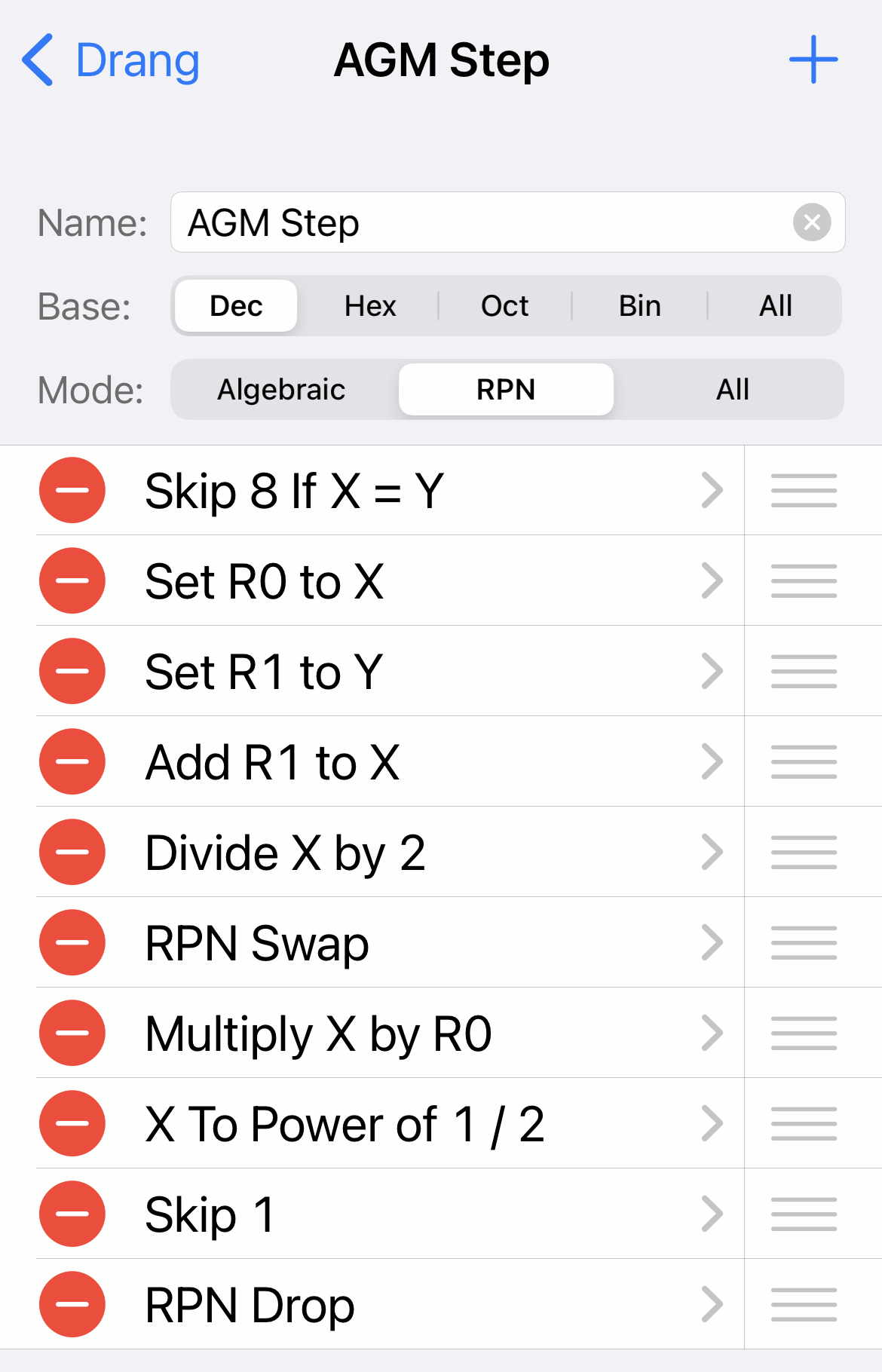 A few things to note:

To calculate the AGM, I put the two numbers on the stack and call the AGM Step function repeatedly until convergence. Fast and simple.

If you want the AGM Step function and are too lazy to key in the steps yourself, you can download it.