February was short on days but not on deaths. I had hopes that March would be a good month—sort of like the inverse of the higher casualty rates seen in October or November, the rates in March for the past two years have been quite low (and February was low in 2004). But this month has not started well, with over two dozen coalition deaths as I write this. 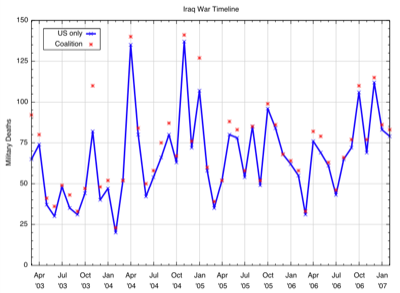