No hyperbolic praise for OmniGraphSketcher

I’ve used Gnuplot to make graphs for several years, but I’m always on the lookout for new and simpler software. So when OmniGroup announced its latest product, OmniGraphSketcher, I decided to give a try. After a few uses I realized that I won’t be giving up Gnuplot any time soon.

Let me start by saying that I think OmniGraphSketcher is extremely good at doing what it’s name implies: sketching graphs. For graphs that illustrate concepts, like those that are commonly found in textbooks, OmniGraphSketcher looks like a real timesaver. Even after a couple of days of looking at it, I’m still amazed at how well and how simply it does area fills between curves. 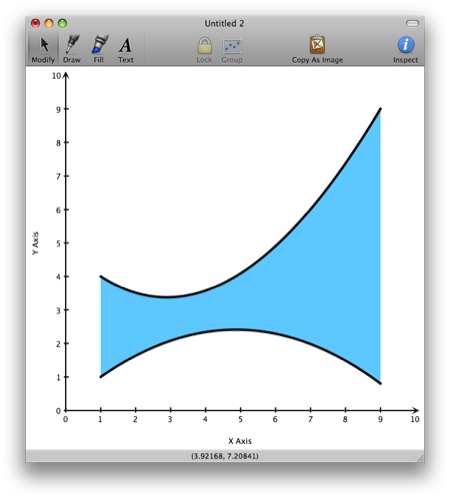 You really need to see the OmniGraphSketcher screencast to appreciate how easy it was for me to make the graph above. I can’t tell you how much time I’ve spent touching up graphs in Illustrator trying to get the same effect without any gaps or overlap.

But when it comes to plotting real data, OmniGraphSketcher has some real deficiencies. Today I wanted to plot a simple hyperbola1: \(x^2 - y^2 = 1\). I made up a quick table of data in Numbers 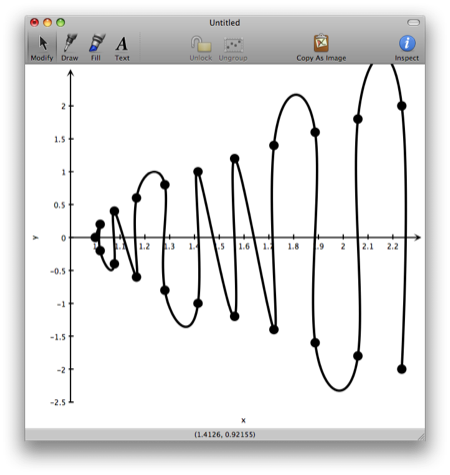 Not exactly what I was looking for. Changing from curved lines to straight segments didn’t solve the connectivity problem. 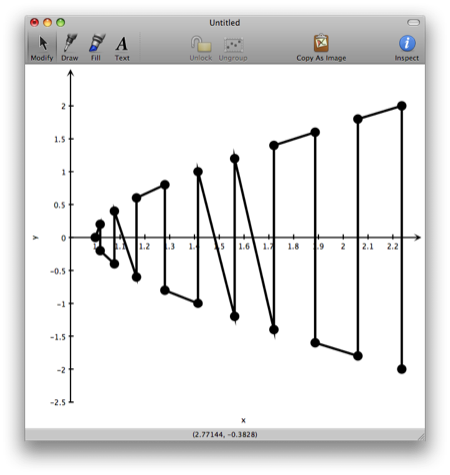 It’s not that OmniGraphSketcher reordered the points when I pasted them; here’s the data as shown in the OGS inspection panel.

Same order. Obviously, OmniGraphSketcher has its own notion of how the points are to be connected, and it has nothing to do with the order I put them in. Without that kind of control, there’s no way I can use it for graphing big chunks of real data.

But if I were writing a textbook that needed simple graphs, I would have bought OmniGraphSketcher as quickly as I could enter my credit card number.