July—the first month after the redeployment to bases—had the fewest US and coalition military fatalities of any month since the Iraq war started. 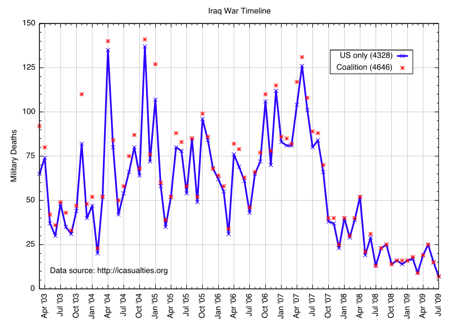 In contrast, coalition fatalities in Afghanistan were an order of magnitude higher.