It’s not the content, of course, it’s the formatting. Have you tried to read his RSS feed on an iPhone?

I started reading Roger’s latest blog entry this morning and ran into the same problem I always do when reading him on my iPhone. 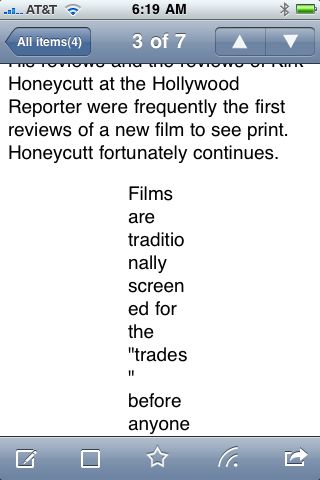 The screenshot above is from the MobileRSS feed reader, but I get basically the same horrible formatting when reading it through NetNewsWire 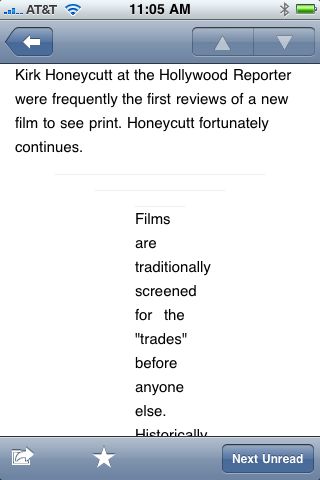 and through the Google Reader mobile page. 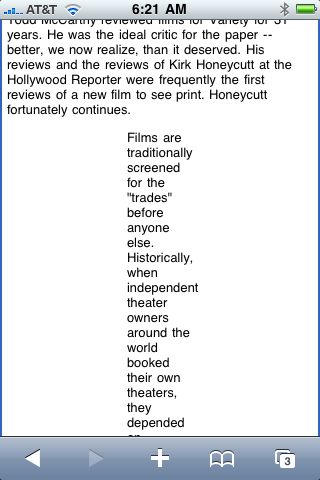 Everything past the first couple of paragraphs gets squeezed down to pass through a narrow chute.

Grabbing the feed via

and isolating the area where the formatting goes crazy, we get

and the problem is clear: it’s the three consecutive <blockquote> tags that lead off the skinny part. Why are they there? The answer comes from looking not at the feed, but at the site itself. 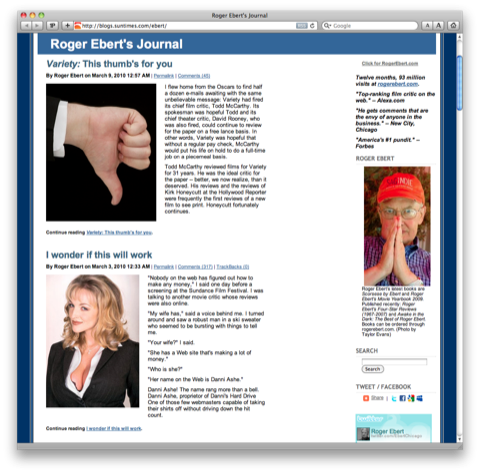 and here’s the page for the latest entry 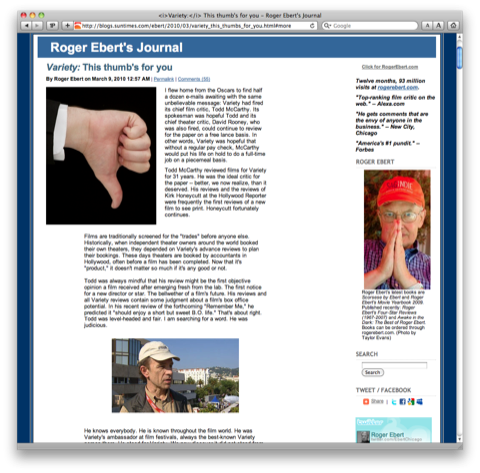 Each entry on main page has an image and a paragraph or two of text. You’ll note that the length of the text matches the height of the image almost exactly, a feat that probably comes easily to a guy who’s been writing newspaper copy for five decades, but which seems amazing to me.

The triple <blockquote> comes right after those lead paragraphs and is what gives the subsequent text its left indentation. And turns that text into a thin trickle running down the center of my iPhone.

(The indentation also appears when I read his feed on my computer, of course, but it’s not as annoying on a full-sized screen.)

I don’t know whether it’s Roger himself that’s putting in those <blockquote>s or whether it’s some blogging program he’s using, but whatever the source, it’s the old problem of using HTML for formatting instead of semantics. I wish one of Roger’s web-savvy friends—Andy Ihnatko, say—would step in and give him a little CSS assistance.