I’m late with this post because I was out of town for a few days earlier this week and it put me off-schedule.

The year ended on a slightly improved note in Afghanistan, but a single month doesn’t make a trend. 2010 saw 499 US and 711 coalition military deaths in Afghanistan, far more than in any other year of this very long war. 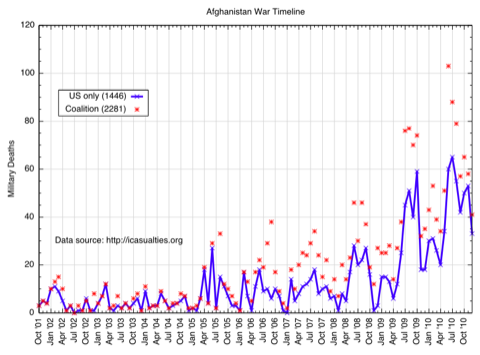 On a happier note, Iraq had “just” 60 US military fatalities in 2010, far fewer than in any other year.