Pictures that make me cry

You’ve no doubt seen this photo several times by now, either online, in a newspaper, or on TV.

It’s from the official White House Flickr stream, and was taken by Pete Souza in the Situation Room as the raid on Osama bin Laden’s compound was being carried out.

I first saw it by following a link on Twitter. I started clicking around to look at other photos in the stream and soon came upon this one, which brought me up short. The older men in the photo were trash collectors in Memphis who went on strike in 1968, looking for better pay, the right to join a union, and some fundamental human dignity, a commodity in short supply for black men in Memphis in 1968.

The strike is famous for a couple of things. First, the iconic placards the strikers carried. 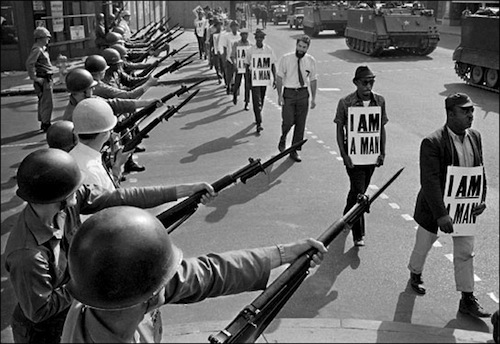 Second, of course, the visit of support by Martin Luther King, which ended in his murder on a balcony at the Lorraine Motel. 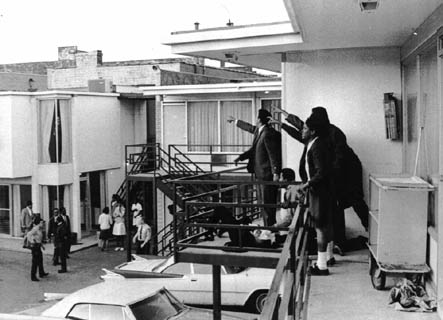 I tear up whenever I see older African Americans meeting with or looking at Obama. What complex and overwhelming emotions must be swirling around in them! The gentlemen from Memphis, for example, could have been killed as they marched for the “privilege” of being accepted as men. And now here they are in the White House, meeting with a man who could be their son, and he’s President of the United States.

Jesse Jackson was with King in Memphis and was in Grant Park the night Obama was elected. (He was crying in Grant Park, just as I was as I watched him on TV.) John Lewis was a Freedom Rider and still bears the scars of beatings he took during protests in Alabama. He spoke at the March on Washington and was on stage during Obama’s inauguration. Jackson and Lewis, like the gentlemen from Memphis, must be continually astounded by what’s happened during their lives.

I’m not being Panglossian here; this isn’t the best of all possible worlds. It’s true that no one calls President Obama “boy,” but the Muslim/Keynan/birth certificate bullshit is just a more sophisticated expression of the same thing. I guess what affects me is that despite the resistance, despite the social inertia, progress has been made by so many people, famous and anonymous, each bending that long arc a little closer to justice.