Two of my favorite apps have been on my phone almost since the day the App Store opened. They don’t get a tremendous amount of use, but they’re super handy when the need arises. I’ve never even considered removing them.

The first is GoSkyWatch, a planetarium program. There are plenty of planetarium apps, but I’ve never felt the need to look around for another. GoSkyWatch makes it easy both to navigate around the sky and to know exactly where you are and what you’re looking at. 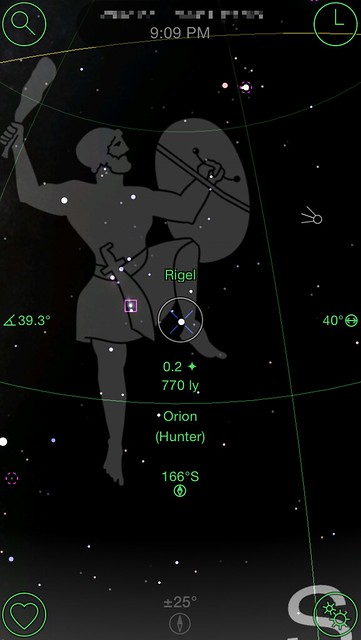 It has an extensive set of preferences, so, for example, you don’t have to see the fanciful (and animated) constellation drawings if you don’t want to. All the features are well documented, and the documentation is accessible within the app and from any browser.

One of my favorite features is the Time Control. Dragging your finger around one of the three concentric rings changes the view forward or backward in time. 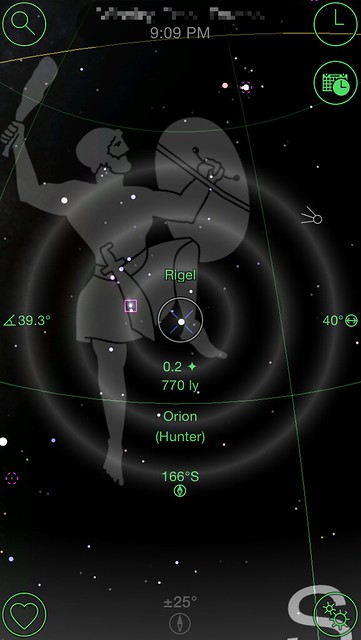 If you drag on any of these circles and lift your finger while in motion, the advance or retreat of time will continue at the pace it was moving when you pulled away. It’s fun to set the sky in motion and watch it change. 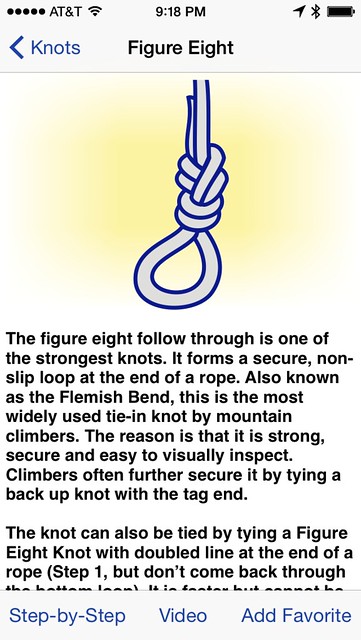 The line drawings are, I think, better than any photos would be, because they eliminate extraneous details. The step-by-step instructions are clear and to the point. 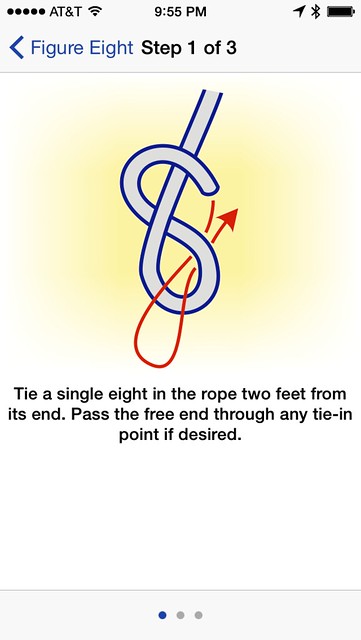 I often need to lash things together when setting up tests at work, and ProKnot gives me ideas for the best knot to use.

I don’t remember what I paid for either of these apps, but they’ve never asked me for more money and, more important, they’ve never bugged me for an app review. These are the kinds of developers you like to support.