The intersection of technology and liberal arts

That Federico Viticci has quite an eye.

This week’s episode of Connected started with the boys talking about Stephen Hackett’s reversion to his Genius days at the Macstock conference. On Saturday, he did a RAM upgrade and replaced a hard drive with an SSD in Father John’s iMac. On Sunday, he did a RAM upgrade on Rosemary Orchard’s new Mac mini. While teasing Stephen for his good deeds, Federico said the photo of the latter upgrade (linked in the show notes) reminded him of a Renaissance painting. I was stunned. I knew he had to be talking about my photo, because that was exactly the effect I was going for. 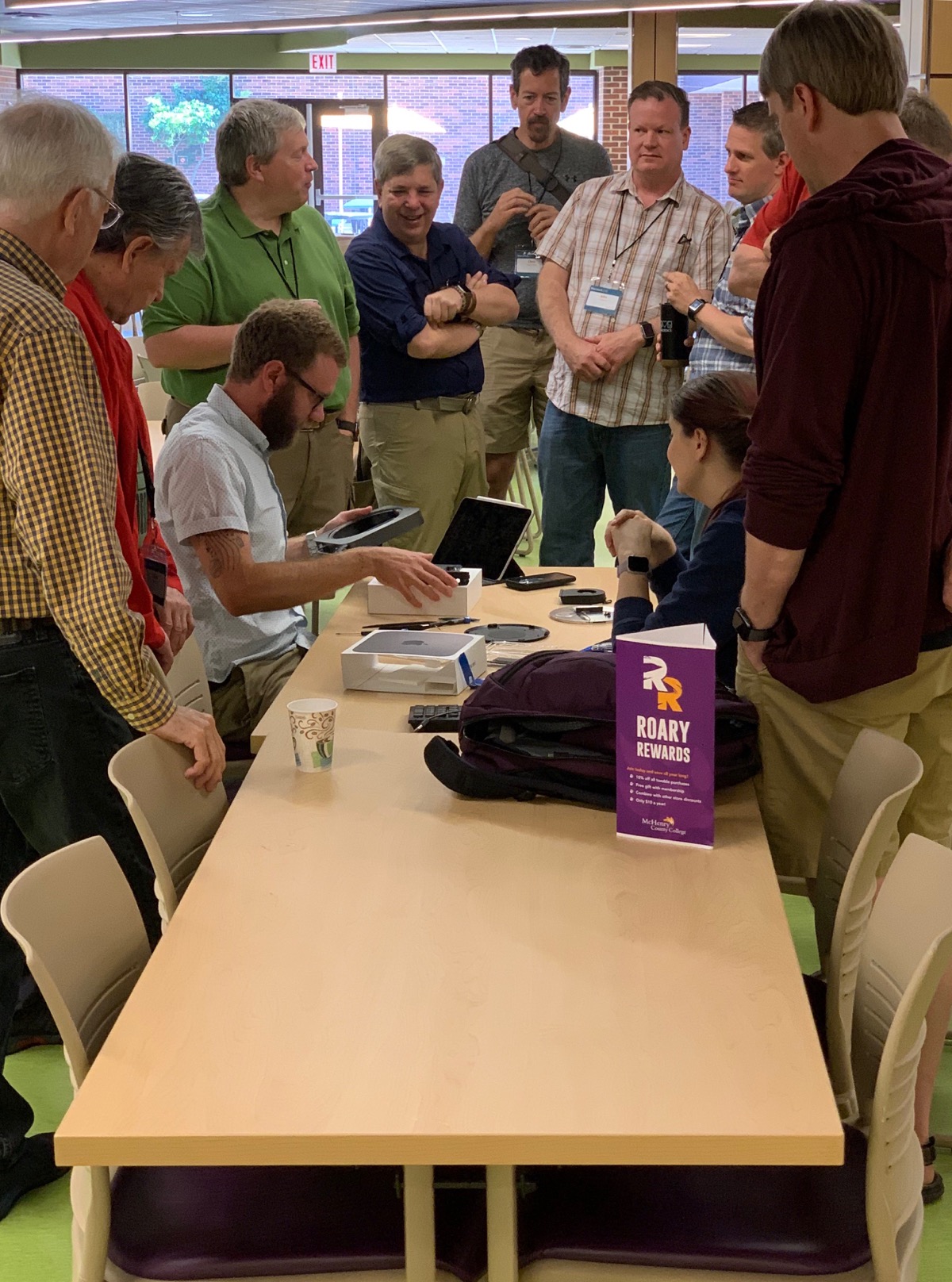 I took the picture specifically because the scene reminded me of The Last Supper. The foreshortening of the table draws your eye down to where the action is and is similar to the Last Supper’s ceiling. The people watching Stephen are like the apostles.

I disagree with Federico’s comment about the golden spiral, though.1 I was going for triangular construction, just like da Vinci. Note the three heads of the gentlemen standing at the other end of the table. The near edge and long sides of the table also suggest a triangle. The best triangle would have been the head and folded arms of David Sparks, but he turned bit too far sideways before I could snap the photo.

You might think I’d end with a comment about the relationship between the golden spiral and the Fibonacci sequence, which the boys were fumbling around with, but the internet is loaded with articles about that. I assume you know how to Google.