A couple of days ago, this question from Jaim came up in the Mac Power Users forum

I, in my know-it-all way, told Jaim it was impossible. I knew it was impossible because I’ve been trying to add a multiline email signatures every year since text replacements on iOS came out. I’ve tried it again and again, with each new version of iOS, and it’s never worked. It’s obviously impossible.

This text replacement syncs across all of your device using iCloud.

Upon reading this, I went straight to my Mac and tried it. Son of a bitch, it works! How long has this been going on?

I am, of course, delighted to learn that I can use multi-line text replacements in every iOS app—Apple’s apps in particular, as they don’t support TextExpander.

On the other hand, I’m furious that I didn’t know about this sooner, and I’m even more furious that Apple has this feature, which is supposed to unify its platforms, working differently on Mac and iOS. Because if you take text like this,

and paste it into the Phrase field of a new text replacement on iOS, all of the linefeeds get turned into spaces, 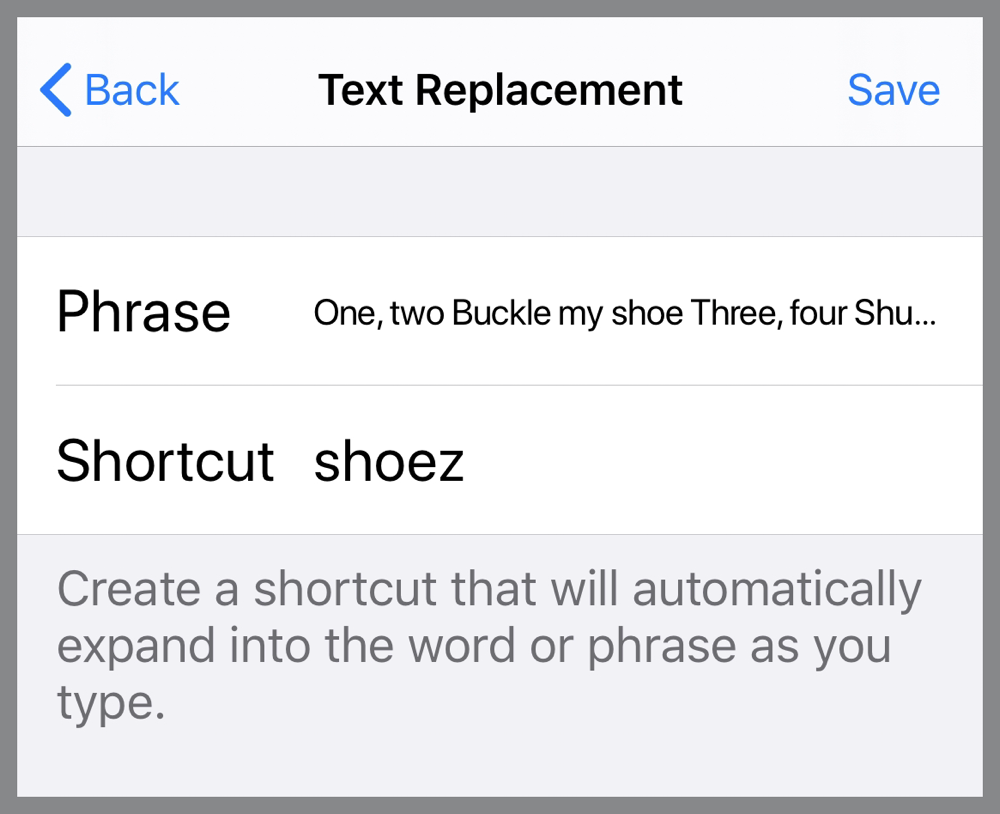 and that’s what appears out when you type the shortcut,

leaving you with this,

instead of what you wanted.

Mind you, defining a multiline text replacement on the Mac is not what you’d call a model of UI design: 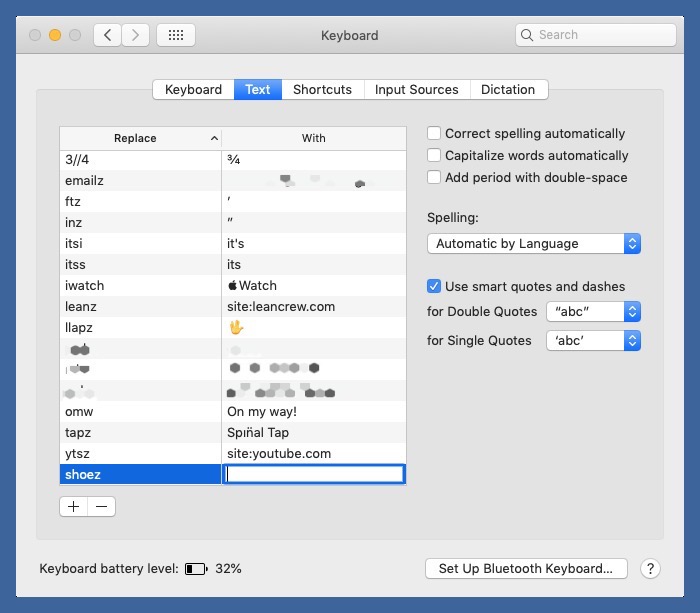 Right after pasting in the phrase, you see absolutely nothing in the With column. It’s not until the text replacement is saved that you can see any of it. And even then, you see only the first line. WYSIWYG, my ass.

Update Apr 9, 2020 8:04 AM
In a email, Andrew Kemp points out that you can type the multiline replacement directly into the field as long as you remember to use Option-Return whenever you need a linefeed. This is a common trick to use in apps for which Return means “I’m done” instead of “start a new line.” Messaging apps often work this way.

Personally, I find it hard to use Option-Return. It’s not that I can’t remember the trick. It’s that my fingers won’t listen to my brain and just press Return without the Option. Pasting avoids the treachery of my fingers.

But at least it works on the Mac, and as Tim Stringer said, it will then sync across your devices1 so you can use it on your iPhone and iPad.

This newfound knowledge comes at a good time. Until now, I’d been using Copied and its custom keyboard as my email signature manager. I had saved the few signatures I use regularly to a Signatures list in Copied, and whenever I needed to insert one in an email on iOS, I’d switch to Copied’s keyboard, tap the signature I wanted, and then switch back to the regular keyboard. It was a decent system, but not nearly as convenient as avoiding the keyboard dance and just typing sigz or whatever. Also, Copied hasn’t been updated in a couple of years, and I was afraid it would stop working with some update to iOS.

So thanks to Jaim and especially Tim. As always, there’s a 70s song with apropos lyrics.