Not cheating at Wordle

I got yesterday’s Wordle1 in three guesses and was immediately (and jokingly) accused of cheating by my family—mainly because they needed more guesses, but also because the word had a repeated letter and we usually don’t start guessing repeated letters that early in the game. 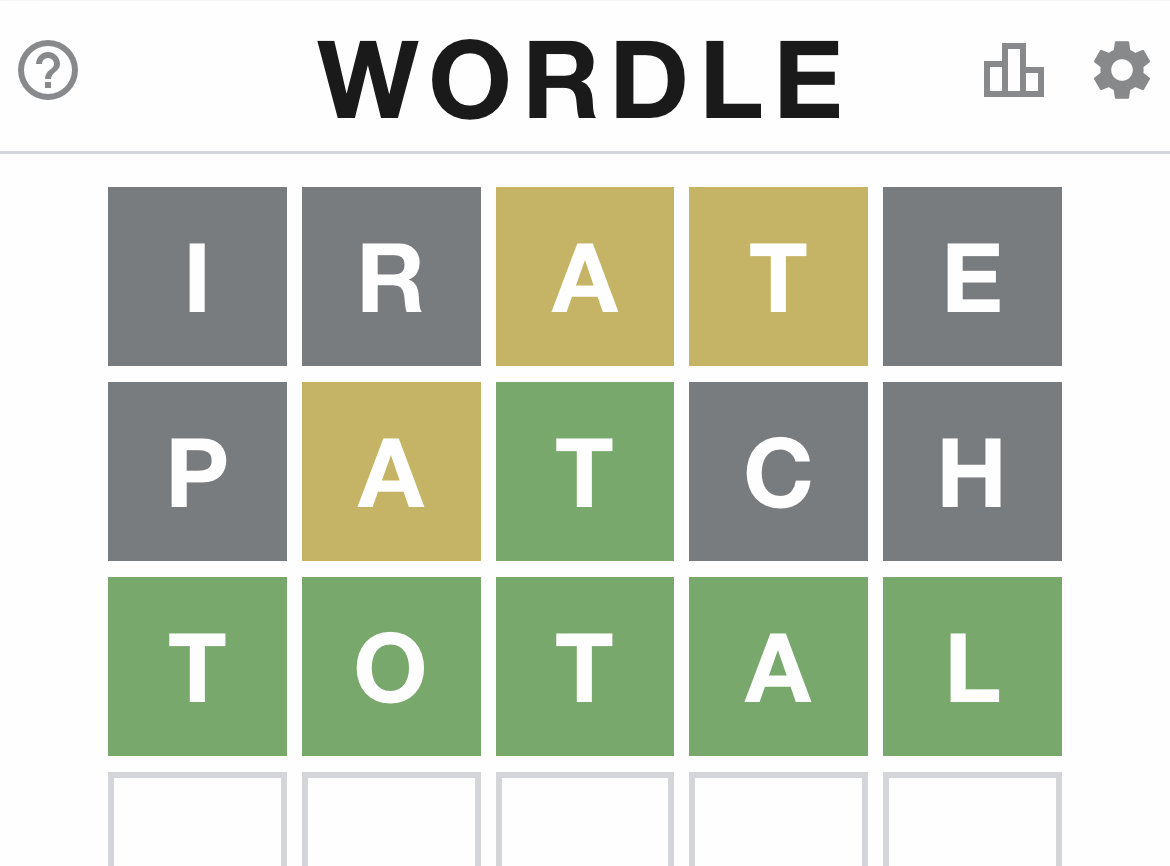 We all accuse each other of cheating from time to time, especially when the day’s winner gets the word in two guesses. But this was, I think the first time repeated letters were used as evidence. As evidence goes, it’s not bad. I normally would try to use five unique letters at this stage of the game. The only reason I didn’t was that I spent a good ten minutes after the second guess trying to come up with another word that had five unique letters and used what I knew from the board. Because I couldn’t, I went with TOTAL.

Later, when I opened my MacBook Air for the day (I always play Wordle on my phone), I decided to see if there were words I could have played other than TOTAL. As in this year-old post, I used grep to explore, entering this at the command line:

The pattern used by the first call to egrep2 searches wordle.txt—the file with all 12,972 legal guesses—for

The results from this first call will include words that have no As. The second call filters those out, resulting in

I can’t imagine any of these being a solution other than TOTAL and ANTSY. I confess that ANTSY never occurred to me. ALTOS and AUTOS are both reasonable words, but they violate the unwritten rule of no plurals. If any of the others were an actual solution, I—and most Wordle users, I suspect—would be really pissed. I mean, LOTSA?

By the way, the command shown above outputs the 22 words on separate lines. To get them in the more compact four-column form, I piped the output through the reshaping command I recently learned, rs:

The 0 4 tells rs to output four columns and as many rows as necessary (the zero is kind of a placeholder that rs ignores). The -t tells rs to print the output column-by-column instead of row-by-row. And the -g4 tells rs to use a four-space gutter to separate the columns.