As long as I’m following up on the condition of Apple hardware I’ve broken, I should mention the broken Z key on my Magic Keyboard. This is the keyboard I use with my 9.7″ iPad Pro, and it travels, unprotected, in a narrow compartment of my backpack next to the iPad itself.

Back in the summer, I returned from a business trip and found this damage when I pulled the keyboard out of the backpack:

Well, crap. Anyone know the best way to pop this back on? It’s a recent Magic Keyboard. 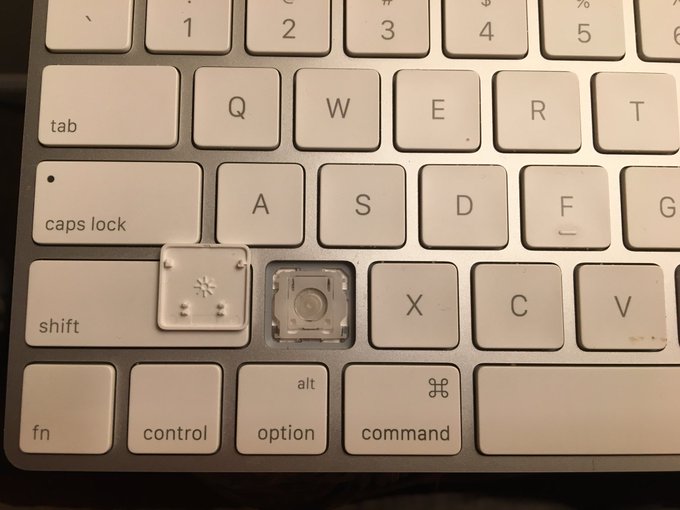 I don’t know whether it broke as I slid it into the compartment or as I slid it out, but it obviously caught on something and got pried off.

I ordered a replacement key from LaptopKey.com. It cost about $7.50 with shipping and arrived a few days later. I popped it in place and it worked. 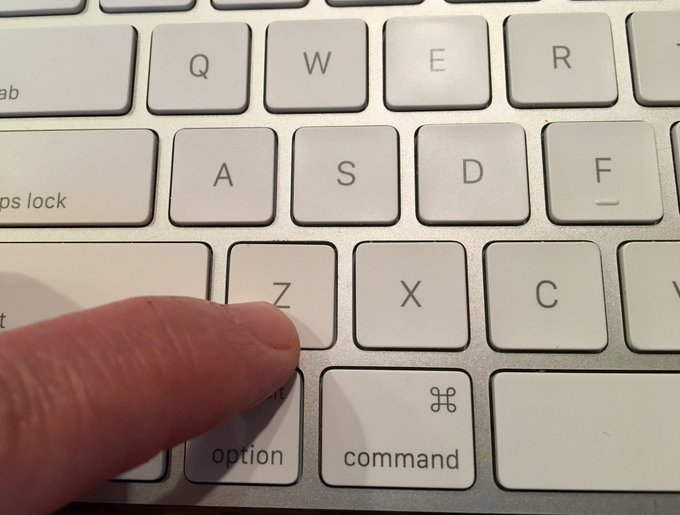 (Why did I use the illiterate construction “Not az zpringy than…” instead of “Not az zpringy az…”? Probably because the sentence started life as “Less springy than…”, and I didn’t read it carefully after the rewrite. It’s a fine line between clever and stupid.)

If this weren’t the Z key, I’d be more careful about saying it works. It doesn’t have nearly the snap as the original key and feels distinctly different (worse) than all the other keys. If it were a key I used a lot, I’d be disappointed in its behavior and would have gone hunting for another replacement. But being one of the least-used keys, it’s fine.

I’ve been more careful with the keyboard since then. Eventually, I’l get a Studio Neat Canopy or this less expensive Fintie Carrying Case that Federico Viticci mentioned in his magnum opus on the new iPad Pros.

The springiness of the Magic Keyboard keys, by the way, comes from a rubber dome that holds the key up at rest and undergoes snap-through buckling when you press down on it. Snap-through buckling—with diagrams, equations, and charts—is discussed in my favorite blog post.